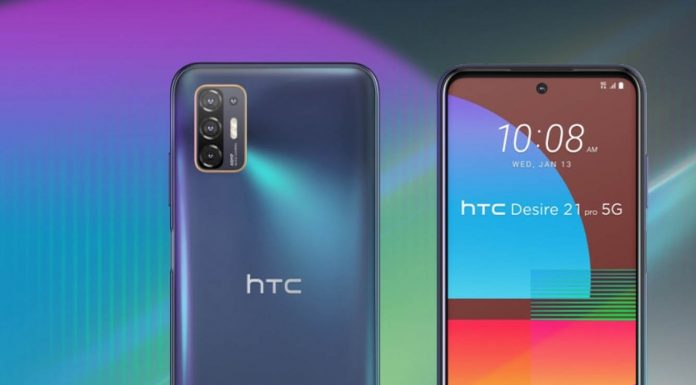 HTC, known for its smartphones, unveiled its new mid-segment phone. Based on the HTC Desire 21 pro 5G features, the price was surprising. After the company announced its new device, it initially offered it for sale only in Taiwan.

Desire 21 pro model announced by Taiwanese technology company HTC; It will take its place on the shelves with a screen with FHD + (1080 × 2400 pixels) resolution, 6.7 inches, 90 Hz refresh rate and uses IPS technology.

Among the hardware features of the HTC Desire 21 pro 5G, the first point that stands out is the Qualcomm Snapdragon 690 processor. This processor has 8 nm ARM Cortex A77 architecture. The RAM capacity of the device was 8 GB, while the storage area was announced as 128 GB.

There are 4 lenses on the back of the phone. In the device; It has a 48 Megapixel main camera, 8 Megapixel ultra wide angle and 2 Megapixel resolution macro and depth sensor. The front camera of the phone has a resolution of 16 Megapixels.

The battery capacity of the device is announced as 5,000 mAh. It was also stated that the phone has 18W fast charging support.

The most striking point of the smartphone was its price. Compared to its competitors, the device will appear before the consumer at a very high price.