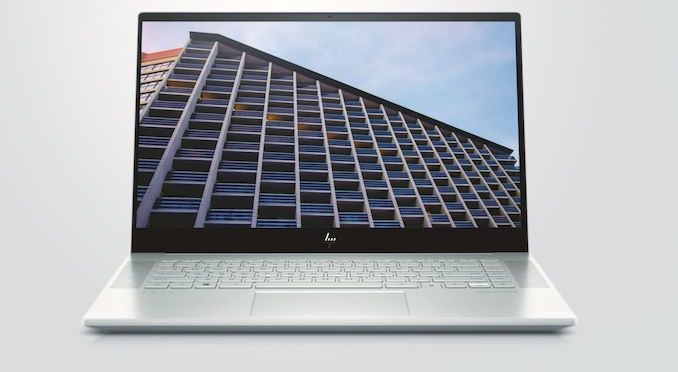 HP, one of the world’s leading computer manufacturers, introduced its new generation laptop HP Envy 15. The device, which comes with 10th generation Intel processors, uses the Nvidia GeForce RTX 2060 graphics card. You can find everything about the HP Envy 15, which is a complete MacBook Pro killer in terms of price / performance.

US-based technology giant HP introduced the new HP Envy 15, designed for users who are looking for an ambitious laptop with a big screen that will not push their pockets. The device, which hosts 10th Generation Intel Core i7 processors, uses Nvidia GeForce RTX 2060 as its graphics processor unit.

HP Envy 15, which looks quite stylish with its silver aluminum design, offers 82.6 percent screen / body ratio on its 15.6 inch panel. Although HP’s new handset has a very minimalist look, it offers many features in its new all-in-one keyboard that you might not notice at first glance.

With a very stylish design, HP Envy 15 offers 82.6 percent screen-to-body ratio
Enabling you to access many functions such as camera shutter, microphone mute, fingerprint reader and HP Command Center with one click, the new HP Envy 15 is a laptop designed for gamers and creators.

HP Envy 15 features a touchscreen OLED display with DisplayHDR True Black, offering a contrast ratio of 100,000: 1. The laptop will be sold with at least two CPU options, the 10th Gen Intel Core i7 and Core i9. On the graphics side, the most equipped model will use the Nvidia GeForce RTX 2060, but it is not yet clear what the GPUs will be on the entry-level models.

HP says you can edit video up to 33 percent faster in Envy 15
HP says the new Envy 15 has installed a 12-volt dual fan inside the device to prevent overheating. Stating that the cooling system increases the processor power by 33 percent, the company also states that the computer also has a feature called HP Dynamic Power, which manages the power usage between the CPU and the GPU.

HP Envy 15 promises 33 percent faster video editing in Adobe Rush and 13 percent in Adobe Premiere Pro compared to MacBook Pro models using Intel i7. With up to 2 TB of PCIe SSD storage and up to 32GB of RAM, the laptop lasts up to 16.5 hours on a single charge. HP says the new Envy 15 can be charged 50 percent in just 45 minutes.

The new HP Envy 15 lasts up to 16.5 hours on a single charge
In addition, the HP Envy 15, which features dual Thunderbolt 3 USB-C and dual USB-A ports and an HDMI output, offers a truly successful notebook impression on paper. Let’s come to the most curious topic, namely the price. HP plans to release the new Envy 15 with a starting price of $ 1,349 ($ 9,356) in June.

Google Will Not Release Pixel 4a XL in First Half of...

Tomb Raider 2 has a new director and writer