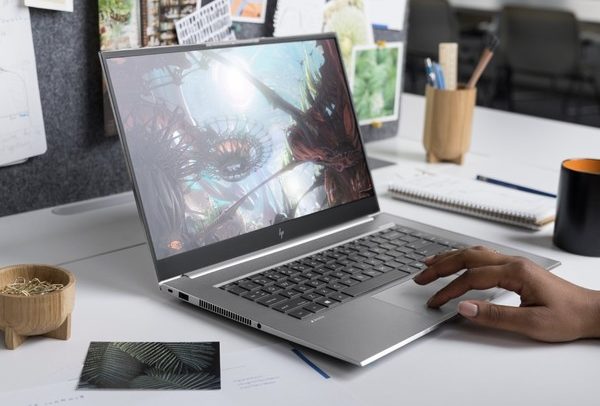 HP, one of the important names in the computer industry, announced its new laptop model at an event it organized. This laptop, called “ZBook Studio”, intimidates its competitors with its elegant design and hardware features. Together, let’s get to know HP’s new laptop closely.

HP ZBook Studio is a laptop with a 15.6 inch screen. If consumers want to have this laptop, they will be able to choose one of the HDR 400 supported versions that offer UHD resolution or HDR 500 supported again with UHD resolution. HP uses display technology called DreamColor on its new laptop.

Introducing HP ZBook Studio
ZBook Studio is a product that appeals to consumers who need a seriously powerful laptop. Although HP did not explain some of the features of this laptop model, experts say that Intel Core i9 or Xeon processors are powering this computer. According to HP’s descriptions, this laptop offers different graphics hardware options and offers the maximum Nvidia’s Quadro RTX 5000 GPU option.

HP also announced a sub-version of ZBook Studio at the event. Called “ZBook Create”, this laptop is basically the same as ZBook Studio. However, when consumers want to opt for the ZBook Create model, they will settle for Nvidia’s GeForce RTX 2080 Super mobile GPU. So the only difference between the two versions is the GPU. In addition, both models will have an aluminum case that offers MIL-STD durability.

ZBook Studio, announced by HP, is 22 percent thinner than the company’s previous designs. However, despite this thin structure, HP used an extremely powerful cooling system in its new laptop. So much so that the company has created a new cooling chamber on its computer with its own “Z smart cooling algorithm” and “Z Power Slider” technology. Moreover, consumers can customize the cooling system according to their needs.

According to the statements made by HP, ZBook Studio really has an impressive battery. The company says the battery in its new laptop offers a full 17.5 hours of use. However, when we consider the powerful GPU on this laptop, there are some doubts about how realistic the 17.5 hour usage is.

In the statements made by HP, we have already said that some features of ZBook Studio are not mentioned. Unfortunately, the company did not announce the price of the new laptop. However, HP said that ZBook Studio and ZBook Create will be released in August. This statement can be considered as an indication that we can find out the price of the laptop in question in August.