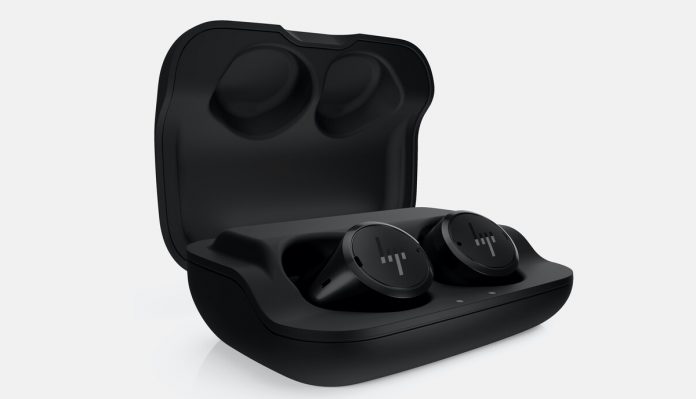 HP announced its wireless headphones called Elite Wireless Earbuds. The wireless headset, which can be compatible with Windows, Android and iOS devices, also has adaptive noise canceling. The headset, which has a relatively high price, will go on sale in April.

HP, which came before us with its latest laptops Elite Dragonfly G2 and Elite Dragonfly Max hours ago, has now announced its new wireless headset “Elite Wireless Earbuds”. The Elite Wireless Earbuds, which the company launched as the first true wireless headset, seems to be able to attract the attention of users, although it makes you think with its price.

According to the statements made by HP, the company’s first true wireless headphones; It can work with Windows, Android and iOS devices. The headset, which has an adaptive noise canceling system, also provides ease of use with customizable sound settings. Special software prepared for Elite Wireless Earbuds ensures that these wireless headphones can be used from one device to another within seconds. This means that a user can start listening to music on their smartphone a few seconds after finishing the meeting on their computer.

This is how HP Elite Wireless Earbuds look

HP’s new wireless headsets have Bluetooth 5.1 support. The company, which chooses 9.2 mm neodymium drivers to offer the best sound quality, states that the product supports the frequency range of 20 to 18,000 hertz (Hz). HP did not reveal anything about the total usage time of the new wireless headset, but it is a remarkable detail that a 15-minute charge will provide up to 1.5 hours of use.

HP has not disclosed any further technical details regarding Elite Wireless Earbuds. However, the company says these wireless headsets can be purchased in April 2021. The payment to be made to have these headphones was announced as $ 199.

The Claim That a Harvard Professor Produces Coronavirus and Sells to...