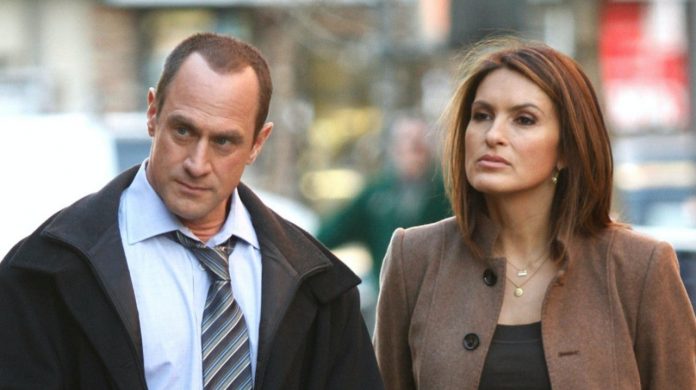 With Organized Crime releasing in April 2021 after some delays, it’s time to see how the new spinoff connects not only with SVU, but the entire OneChicago franchise, as well as FBI and FBI: Most Wanted on CBS. So we’ve broken down how each of the shows came together and how they stay connected.

The connection between Law & Order SVU and Organized Crime is pretty straightforward. Christopher Meloni shared the SVU spotlight with Mariska Hargitay as the Elliot Stabler to her Olivia Benson for the first 12 seasons of that show.
Law & Order: SVU connects with Chicago P.D.

This is where things start to get a bit complicated. In turn, NBC confirmed that SVU and Chicago P.D share a television universe in 2014 with a two-part crossover, beginning with Chicago P.D’s Erin Lindsay (Sophia Bush) appearing on a season 15 episode of Law & Order SVU.

Chicago P.D Connects to the FBI

The 2019-2020 television season delivered something very exciting on the Dick Wolf front: a crossover between Chicago PD on NBC and the FBI on CBS, with both shows created by Dick Wolf and directed by Rick Eid, the crossover created a shared universe. on two main networks.

Unfortunately, the Spiridakos episode arc was discontinued, but the FBI now shares a universe with OneChicago, and thus the entire Law & Order universe.

FBI Connects to FBI: Most Wanted

For its part, CBS wasted no time in ordering a spin-off of the FBI, based mainly in New York City, called Most Wanted. It began with a backdoor pilot at the end of FBI season 1 and premiered as a solo series in January 2020.

This is how the six existing shows in this shared universe connect before the premiere of Law & Order Organized Crime. While Dick Wolf’s shared universe as a whole may not be straightforward, it’s impressive for a series of full-length shows spanning two networks and continuing to expand with new spin-offs.