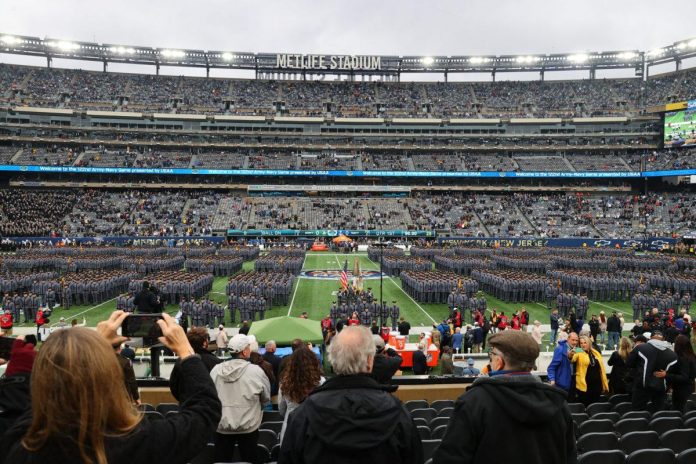 According to Dennis Dodd of CBS Sports, the answer seems to be “No.” Dodd said the college athletic conference commissioners would respect the Army and Navy games window and would not hold college football playoff games on that day.

More importantly, the game is a staple of college football and is such a famous tradition that the President of the United States often attends the coin toss ceremony.

For the first time, the Army-Navy game was held in 1890 and was held at 18 different stadiums in 10 cities in six states. There are only 14 contenders that have been contested more.

The Midshipmen lead an all-time series with a record of 62-53-7. But decades have passed since the Army and Navy game really became a decisive game at the national championship level.

Nevertheless, the game is a respected tradition that will not fall victim to changes in the college football playoffs.

But was it necessary to move the Army-Navy game?

David Pollack clarified his thoughts on the brawl between Bengal Rams...