Home Celebrity How will Iris be used as Barry’s lightning rod? 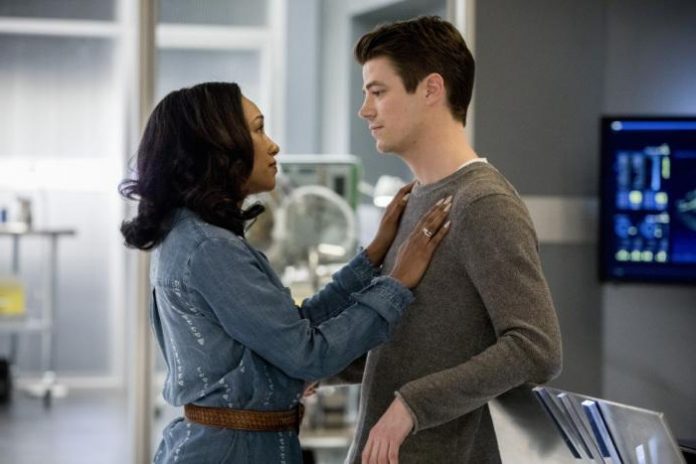 Season 6 of The Flash was cut short due to the pandemic, leaving the series within episodes of wrapping up the Mirrorverse arc, in which Iris (Candice Patton) was kidnapped by villain Eva McCulloch and replaced by a mirror copy. .

The Flash season 7 trailer confirms that she is still trapped. However, the beginning of the trailer includes a blink moment in which Iris’s hand hovers over Barry Allen’s (Grant Gustin) as an electrical spark passes between them.

This is not a scene from season 7 of The Flash, but rather a moment from season 1, The Trap. It’s possible that the addition of her means that Barry and Iris’s lightning rod connection will be used to find Iris in the Mirrorverse and restore Barry’s speed.

While Iris will escape the Mirrorverse and Barry will surely regain her speed, the lightning rod concept could (and should) prove incredibly crucial to the way she falls in season 7.

The inclusion of the spark scene strongly suggests that The Flash will reinforce Iris as Barry’s lightning rod. Perhaps Barry will use the last of his speed to get to Iris and her connection is what will bring back her speed so they can both escape.

After all, their romantic relationship is the cornerstone of the show and it’s about time The Flash officially recognized this intense connection as the driving force behind Barry’s powers.

Miley Cyrus and Cody Simpson couple: between them it’s serious!