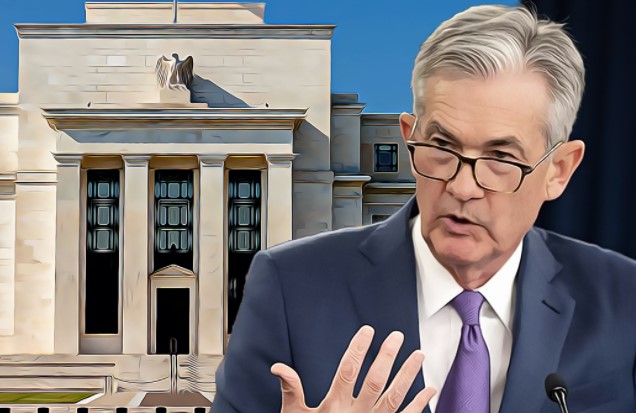 Bitcoin (BTC) remained below $ 47,000 during the day with the effect of the FED statement to come this evening. The Fed will announce its rate decision, and in just half an hour, President Powell will speak. The explanations he will make here and his expectations about the new variant are extremely important. If he also makes statements about cryptocurrencies and regulations, this will directly affect the market.

Bitcoin (BTC) and the Fed

The price, which exceeded the levels of $ 48,000 throughout the night, fell 3% before the announcements. CoinMarketCap data error, which occurred after 00:00 at night, suddenly showed the entire market as if it were at quintillion levels. Although it may seem funny to many of us, this price error affected bots and some investors, so it is said that Bitcoin is based on the $ 49,000 limit.

The Federal Open Market Committee (FOMC) will make its announcement hours later on interest rates, inflation and reduced asset purchases. A significant part of analysts think that the FED will take a hawkish stance during this period. If the Fed’s approach becomes less liberal, it is expected that risky assets, especially crypto money markets, will turn more negative in the short term.

If you have followed the previous meetings, you should definitely know the benefits of staying away from margin transactions during the disclosure hours. In the previous meeting, first short and then long positions were liquidated and there was a complete slaughter. A similar situation may occur during tonight’s statements, and in both scenarios, you may be the loser.

Traditional markets similarly failed to make their mark on the day, and the S&P 500 fell 0.22% on the day.

These losses in the last quarter may set the stage for a major rally for the first quarter of 2022. Although the outlook is bearish in the short-term, popular analysts’ expectations seem high as of January.

Rekt Capital made the following statements regarding the recent withdrawals:

“Over the years, BTC has pulled back 30-40% multiple times in Bull Markets. In fact, BTC retreated by -53% last May so what we are experiencing these days (-38%) is not a disaster”.

Of the top ten cryptocurrencies by market capitalization, all but Solana (SOL) were slightly red on the daily timeframes. Fresh out of Tesla promotion, Dogecoin (DOGE) was able to retain about half of its 25% gain.