Home News How Will Coinbase Solve the XRP Problem? 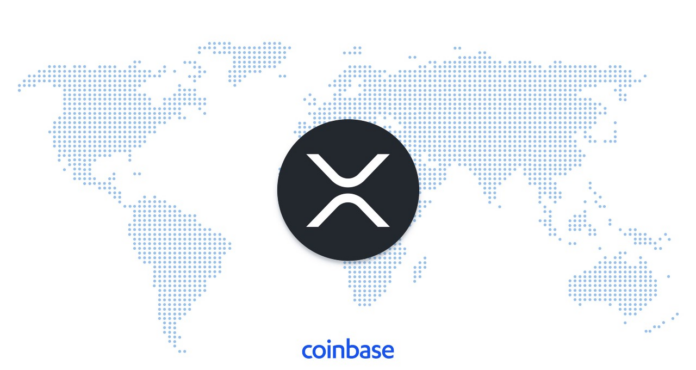 Cryptocurrency followers have begun to wonder if XRP will be delisted in the stock markets after the SEC’s XRP lawsuit against Ripple. While some stock exchanges and trade desks have already decided in this direction, it is a matter of curiosity how Coinbase, a US-based crypto money company like Ripple, will follow. So what are the options for Coinbase?

Cinneamhain Ventures partner Adam Cochran made new statements about how the US crypto exchange Coinbase could react to the XRP case. Stating that Coinbase can completely remove XRP from the stock market during the day, Cochran gave the message that the exchange can also apply alternative ways with his later statements.

Why is Coinbase having trouble with XRP?

Defining any financial product as a security means that it is subject to different laws when it comes to trading compared to cryptocurrencies such as Bitcoin and Ether. Global trading platforms can provide trading opportunities to other countries over the assets that the US defines as securities (depending on the situation).

The XRP case concerns Coinbase more closely than many other cryptocurrency exchanges. Since Coinbase is a US-based company just like Ripple, considering XRP as a security could mean that Coinbase cannot serve XRP investors outside of the US. This remains unclear, as the legal status of XRP is not clear.

Is there an alternative route that can be followed for XRP?

Adam Cochran explained that Coinbase is considering several different scenarios. Although Coinbase is a US-based company, it also operates in different countries. The company has opened two different branches in the UK and Japan for this.

According to allegations, the company is considering transferring XRP services to these branches outside the US. However, according to researches, the Coinbase Japan branch is not a different company and operates under the parent company in the USA. It is known that this branch has not received a license from the financial regulator in Japan.

Is the destination the other end of the Atlantic?

Japan does not seem like a viable choice for Coinbase, which is starting to consider alternatives to XRP. The UK, on ​​the other hand, is more promising for XRP at first sight. One of the arguments Ripple uses in the lawsuit to be filed in the USA is that XRP is not considered a security in the UK.

However, according to Cochran’s statement, this claim is not based on solid foundations. The UK’s regulator FCA has so far claimed that it “exhibits similar properties to Ethereum” in its investigations on XRP, but has not yet come to a firm conclusion that XRP is not a security.

It was reported that Coinbase did not lean towards the UK idea for this reason. It was stated that the company conducts international money transfers, Coinbase debit card and SWIFT transactions through this branch and does not want to risk this branch in any way.

Coinbase’s scope of action on XRP seems to have narrowed as a result of these evaluations. According to Cochran’s claim, if a middle ground cannot be found in the XRP case, there will be no option “other than stopping Coinbase’s XRP transactions or completely delisting it”. The famous investor summed up this situation with the following words:

“Although Coinbase tries to get around this with as little damage as possible, it is in the corner for now. If the issue is not legally clarified, there will be no other option but to delist XRP. Even with such a clarification, perhaps they will only be able to offer custody services for XRP. In such a case, the number of trading desks that stop using XRP may increase. To summarize; Things will either go wrong or worse for Ripple.