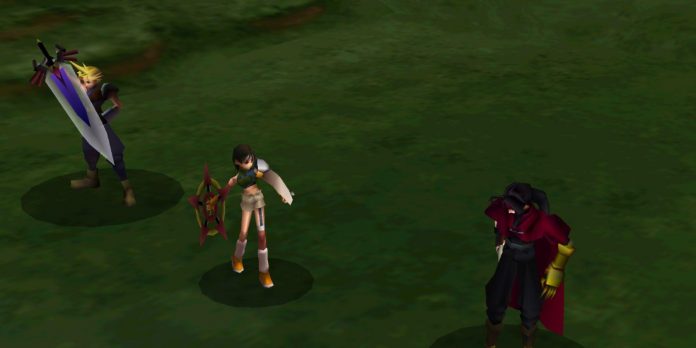 Fan excitement is growing for Final Fantasy 7 Rebirth. The second part of the Final Fantasy 7 Remake trilogy will be coming out at some point in the future, with Crisis Core: Final Fantasy 7 Reunion launching in the meantime. Through Crisis Core, fans will get a bit more time with Zack, a different protagonist from the usual Cloud Strife. With this new version of Zack taking some gameplay aspects from FF7 Remake’s Cloud, it should make for a good refresher on some of the Compilation of FF7’s events before more new entries arrive.

On the subject of other player characters, the FF7 community has been hotly debating how many of FF7’s original party members will make it into the next installment. The amount of ground Final Fantasy 7 Rebirth intends to cover is not yet clear. With events being confirmed to have been shuffled, there is a real chance that the party could pick up Vincent in their first Shinra Mansion visit and Cid in Rocket Town. With Cait Sith coming in the likely Gold Saucer section and Yuffie all but guaranteed to join the party early on, that makes a complete team. What really has fans’ attention is whether all of these characters will be playable in Rebirth, and how they, especially other ones like Cait Sith and Vincent, will play.

In the original Final Fantasy 7, Vincent Valentine was a secret character who was locked behind a puzzle and difficult boss fight in Nibelheim’s Shinra Mansion. He looked like a vampire but was actually one of Hojo’s discarded experiments, and a former member of the Turks. Vincent serves as a long range fighter who uses various different guns, although his stats aren’t very high. He can get a couple of guns that have a 255% hit rate, meaning they will never miss, and all of his guns hit flying enemies from any row without affected damage or accuracy. His true strength lies in his four Limit Breaks, three of which he can obtain very quickly while the fourth is found in Lucretia’s Cave. These turn Vincent into various powerful monsters that are out of the player’s control but will pick from two powerful attacks until Vincent is killed. Vincent can only benefit from defensive Materia in this state, but his damage modifiers make this a risky but rewarding strategy.

Depending on how the location order is shuffled, Vincent could be found around halfway through the game, just before Cid in Rocket Town. That should give him enough time to work his way into the party, even if not all of Vincent’s weapons and abilities are introduced in Final Fantasy 7 Rebirth. Pulling him out of the Shinra Mansion would give players some time to adjust to Vincent in the field around Nibelheim, and the upcoming Mt. Nibel dungeon. Presuming that the game will proceed until either the point at which Aerith originally died or the first North Crater visit should give Vincent and Cid plenty of screen time in FF7 Rebirth.

How Vincent’s Guns May Work in FF7 Rebirth

To make use of that time, Vincent’s arsenal is going to need some significant expansion. Vincent had thirteen guns to choose from in the original FF7, and four transformations with two attacks each. Unfortunately, this gunslinger played in a two-dimensional manner without as many baked-in tools as other party members. Apart from his Death Penalty shotgun potentially growing to broken levels of power by defeating enemies, Vincent’s role is dictated by Materia customization and his Limit Breaks. If FF7 Rebirth keeps Vincent’s transformations as his Limit Breaks, then there will need to be new abilities introduced to fill out his usual gunner toolkit.

In general, Vincent should play something like Barret, but with higher movement speed and an emphasis on stronger single shots. Vincent may be able to aim like in Dirge of Cerberus or Final Fantasy 15 to land critical hits, or he might use the Death Penalty mechanic in every fight to strengthen his killstreaks. Based on Vincent’s ability to fly in FF7: Advent Children, his dodge roll may go much farther than other characters, allowing him to easily get out of trouble and reposition, even if he may not deal much damage. Different guns should feel like they would in a first or third-person shooter, and more that don’t cross over into Barret’s territory could be introduced. If combination attacks are a thing in later FF7 Remake parts, then Vincent could have extra attacks alongside his fellow secret character Yuffie, fellow gunner Barret, and fellow ex-Shinra member Cloud.

All that leaves is the elephant in the room, Vincent’s four transformations. Galian beast, Death Gigas, Hellmasker, and Chaos represent a unique design challenge for adapting what little signature skills Vincent had into FF7 Remake’s action combat. Having each one be playable now would be great, but four or more additional party members is too much to ask for. Instead, each monster form could work like a manually initiated summon that can be brought to any battle. They would take time to charge, leave the party one member short, only be temporary, and require ATB usage for their strongest attacks, but their power would be overwhelming.

If handled right, Vincent Valentine could become an extremely versatile party member that offers a completely different way to approach combat encounters. Choosing the right gun and transformation for the job will be paramount, but doing so correctly will allow Vincent to act as both an evasive support attacker and a tank who briefly gains access to the highest DPS in the game. The possibilities reach even higher than those of Cait Sith, who players are also keen on seeing in real-time action. If Final Fantasy 7 Rebirth does include all of FF7’s party members, Vincent will hopefully stand out as a fun way to enjoy the game.

Final Fantasy 7 Rebirth is currently in development and is set to release next Winter on PS5.

Monster Hunter Rise Sunbreak — location of all messages about Citadel...

Hytale could be one of the biggest releases of new games...