Home Celebrity How Uhtred survived the Battle of Tettenhall 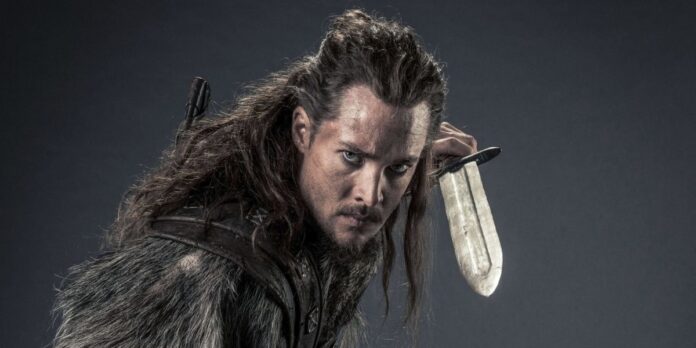 The fourth season of The Last Kingdom is the latest installment of the historical drama and fans have enjoyed the series since it moved to Netflix. On the other hand, fans who have yet to read the books have been curious if the series has stayed true to the original material, for those who are up to date on the literature, they have pointed out how one of the main differences involved the sequels. of the Tettenhall dispute.

“I think the only plot that didn’t happen on the show in season 4 (that happened in the books) is when Uhtred is injured in the battle of tettenhall and has to get Cnut’s sword to heal his wound and the sword was taken away. to Wales for Asser (from season 1) because they hated each other and Asser buried her with him, ”said a fan on the social network Reddit.

The battle takes place in the book titled The Pagan Lord, and he sees Uhtred waiting for Cnut’s (Magnus Bruun) attack. So Cnut ended up in a one-on-one fight with Uhtred, and although he killed Cnut, he was seriously injured and nearly died.

In turn, Uhtred and Cnut had a one-on-one battle on the show, but it was Brida (Emily Cox) who ended up killing Cnut, and Uhtred was never hurt. The series likely strayed from the books to create Brida’s downfall, as his sanity began to skyrocket after he killed Cnut.

Similarly, Brida also had to be the one to kill Cnut, as this started his animosity towards Uhtred and all the other men he had come across. In doing so, she became the main antagonist towards the end of the season, even threatening to kill Uhtred, who was once her best friend.

As for Eadith, she was only introduced in season four, so it may have been too early to create a relationship between her character and Uhtred. On the series, she has already shown signs of affection towards Finan (Mark Rowley), and fans are hoping they will form a romantic bond in season five.

Another reason why Uhtred was not injured during the Battle of Tettenhall was that he would later be elected temporary ruler of Mercia. His story with his partner Aethelflaed (Millie Brady) could never have happened if he had been injured during the battle.

One of the main plot twists in season four was the fact that Aethelflaed ended her relationship with Uhtred so she could become the Lady of Mercia. Eventually Uhtred (Alexander Dreymon) then went on to help King Edward (Timothy Innes) regain Winchester after a siege by the Viking warrior Sigtryggr (Eysteinn Sigurðarson).

He may have escaped serious injury during season four, but there is nothing to say that he will not face trouble in the next fifth season. Don’t forget that The Last Kingdom is already on Netflix.