Home Celebrity How Uhtred Survived the Battle of Tettenhall Revealed 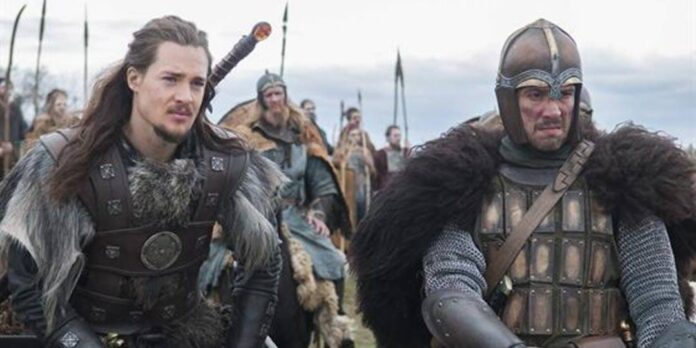 The Last Kingdom series has been leaving many unknowns with one of the main characters, Uhtred, especially the way he survived the battle of Tettenhall.

Many fans of The Last Kingdom have been wondering about what happened in the show’s fourth season, specifically the Battle of Tettenhall and how Uhtred survived.

For those who are up to date on the literature of the books in the series, they have pointed out how one of the main differences involved the aftermath of the Tettenhall dispute.

In the books the battle takes place in the book titled “The Pagan Lord”, and he sees Uhtred waiting for Cnut (Magnus Bruun) to attack. Cnut ended up in a one-on-one fight with Uhtred, and although he killed Cnut, he was seriously injured and nearly killed.

But later, she helps him find the sword and uses it to heal Uhtred’s wound, however, this is not how the events in The Last Kingdom series unfolded.

As for the series Uhtred and Cnut had a one-on-one battle, but it was Brida (Emily Cox) who ended up killing Cnut, and Uhtred was never hurt.

Another reason Uhtred was not injured during the Battle of Tettenhall was that he would later be chosen as the temporary ruler of Mercia. Since his story with his partner Aethelflaed (Millie Brady) could never have happened if he had been injured during the battle.

But the reality is that it didn’t happen that way either. Without a doubt season 5 of The Last Kingdom, we could see a more fatal wound that Uhtred could receive.