Home Entertainment How to Watch DC Movies in Order 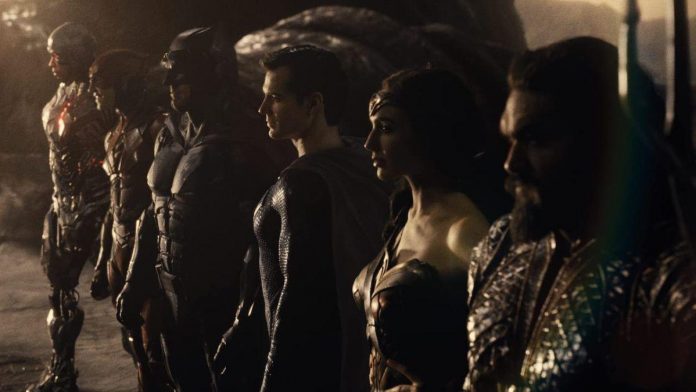 While superhero movies based on DC Comics have existed for decades, the blockbusters have been doing things very differently in more recent years. In 2013, Warner Bros. released Zack Snyder’s Man Of Steel and, with it, launched the DC Extended Universe – an expansive continuity that sees some of the greatest superheroes ever created (including Superman, Batman, Wonder Woman, and the entire Justice League) occupying a single world. The DCEU canon continues to expand with new superhero movies coming out every year, and while that’s a great thing for fans, it can also be a bit tricky for newcomers trying to get a grip on things.

If you’re flustered about how to get into the movies of the DC Extended Universe, we’ve got you covered. There are a couple of different ways to watch the newest DC movies in order, including by release date order and in chronological order, and we’ve built this feature to illustrate how to go about doing both. Your methodology should differ based on your experience with the various titles and characters, so we’ll start with the proper order if you’re brand new to the whole world.

When a franchise is first coming together, a studio makes calculated choices regarding what stories are told and when and the DC Extended Universe is no exception. Running from 2013 until the present, the continuity now features a total of ten movies (eleven, if you include Zack Snyder’s Justice League), and you can watch them in the order in which they came out by following the list below:

If you’re well-versed in the canon of the DC Extended Universe and are simply looking for a new way to engage with the storytelling, a chronological viewing is definitely an option, as not all of the blockbusters take place in the order in which they were released. Moving from the past to the present, here is how to watch the DC movies as they take place across the franchise timeline.

Patty Jenkins’ Wonder Woman not only includes scenes that take place thousands of years before the main action of the DC Extended Universe, but its main plot is set in 1918. The film’s story is deeply tied to real world events, as Gal Gadot’s eponymous heroine — whose birth name is Diana — travels with Chris Pine’s Steve Trevor from Themyscira to Man’s World right at the height of World War I, a conflict that Wonder Woman believes she can help resolve by defeating the villainous God of War, Ares.

While Patty Jenkins’ Wonder Woman 1984 is set more than half a century after its predecessor, it is still the second film to watch while viewing the DC Extended Universe in chronological order. Set in its titular year, the movie is deeply ingrained in its setting, as the attitudes of greed and fear from the era are key to the developing plot, finding power-hungry entrepreneur Max Lord (Pedro Pascal) making a play for the Dreamstone so that he can grant wishes to people around the world and gain god-like influence. At one point, Lord joins forces with Diana’s co-worker, Barbara Minerva (Kristen Wiig), whose wish to be more like the royal warrior comes true, but with grave consequences.

Zack Snyder’s Man Of Steel has some scenes set in the 1980s, as it is in that decade that Jonathan (Kevin Costner and Martha Kent (Diane Lane) discover a Kryptonian spaceship has crashed on their farm. Yet, the majority of the film takes place around the year that the movie was released – 2013. It is at this time that Clark Kent (Henry Cavill) begins to understand what his history as a Kryptonian means as he lives among humanity and faces down his first potentially world-ending threat in the form of General Zod (Michael Shannon).

Keeping the continuity tight, Zack Snyder’s Batman v Superman: Dawn Of Justice is set right in the wake of Man Of Steel. The whole arc for Bruce Wayne/Batman (Ben Affleck) is a reaction to the destruction caused in the battle between Superman and Zod, creating a conflict between the two key male heroes of the DC Extended Universe. Meanwhile, Lex Luthor (Jesse Eisenberg) schemes to bring the monstrous Doomsday to life – ultimately leading to a battle that sees the Kryptonian hero risk his life.

On the whole, David Ayer’s Suicide Squad is a movie that plays around on the outskirts of the DC Extended Universe canon, with the titular group of convicts coming together to stop the out-of-control Enchantress (Cara Delevingne). However, there are hints and clues that provide tips regarding where it takes place in the timeline, and that place is between Batman v Superman: Dawn Of Justice and Justice League. We know this because it’s specifically references the end of the previous movie, and there is a mid-credits scene featuring Bruce Wayne seeking metahuman information from Amanda Waller (Academy Award winner Viola Davis) that will aid his mission to form a superhero team.

Having made peace with the idea of aliens and metahumans after the events of Batman v Superman: Dawn Of Justice, Bruce Wayne follows up his meeting with Amanda Waller in Suicide Squad by putting a special group together, and that group is formed in 2017’s Justice League. Reuniting Batman with Wonder Woman, and introducing Barry “The Flash” Allen (Ezra Miller), Victor “Cyborg” Stone (Ray Fisher), and Arthur “Aquaman” Curry (Jason Momoa), the heroes have to work together to stop an invading alien force, led by the villainous Steppenwolf (Ciaran Hinds), from taking over the planet.

Though it’s not technically considered canon, the R-rated HBO Max exclusive Zack Snyder’s Justice League can either be watched in lieu of the 2017 release, or with it for comparison purposes. It mostly functions as a four-hour version of the theatrical cut, with extra material that fills out the back story, builds out the new characters, and teases a direction for the future of a franchise that, for all intents and purposes, leads to a dead end.

James Wan’s Aquaman doesn’t really engage much with the plot from Justice League, but Mera (Amber Heard) does, at one point, remind the titular hero about his efforts helping to save the world from Steppenwolf, putting it directly after that story in the timeline. That being said, the story is very insular, mostly taking place underwater and seeing Arthur Curry find peace with the war within himself between land and sea on his journey to become the king of Atlantis.

Once again we have another DC Extended Universe movie that doesn’t have tight ties to the rest of the canon. Yet, David F. Sandberg’s Shazam! is definitely included, as evidenced by the sight of the Batarang owned by Freddy Freeman (Jack Dylan Grazer) and a cameo by Superman (played by a stand-in) in the final scene. It’s possible that the movie could take place before, during, or after the events of Aquaman, but watching it after in a chronological rewatch of the franchise is a safe bet.

Cathy Yan’s Birds Of Prey (And The Fantabulous Emancipation Of One Harley Quinn) has what could be called a loose connection to the rest of the DC Extended Universe, as its only real link is Margot Robbie returning as Harley Quinn from Suicide Squad – but that’s enough to connect it to the canon. It’s technically possible that the events which take place in this movie occur at any point in time between the end of the David Ayer movie and the end of Shazam!, but when in doubt, it’s always best to just go by the release date.

Not quite a sequel to the similarly-titled 2016 film and barely a reboot either, James Gunn’s The Suicide Squad puts the members of Task Force X on an adventure more hilariously bizarre, morbidly cartoonish, and foul-mouthed than most other DCEU films. However, it still, very much, takes place in the continuity, as seen by the return of key characters like Margot Robbie’s Harley Quinn (recently jailed again for “road rage… in a bank”), Viola Davis’ Amanda Waller, Joel Kinnaman’s Rick Flag, and Jai Courtney’s Captain Boomerang (for a bit). The film is also a direct lead-in to HBO Max’s John Cena-led Peacemaker series, which featured a hilarious Justice League cameo in the season finale.

Of course, the DC Extended Universe is a fluid thing and we have also already seen Warner Bros. begin releasing live-action films that divert away from the continuity with The Batman in 2022. However, the franchise is far from dead and we are still excited for the many upcoming DC movies set to debut in the next few years.