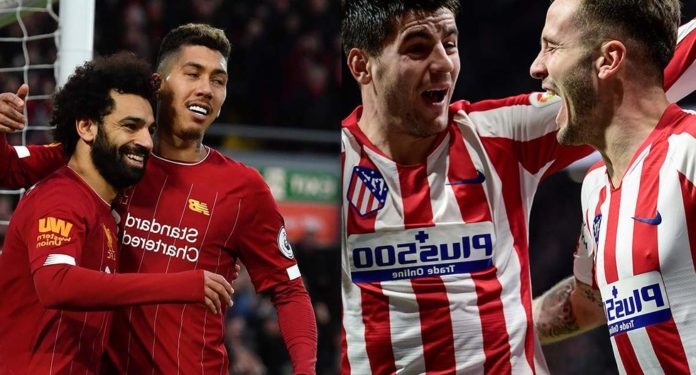 Atletico Madrid and Liverpool will be face to face this Tuesday, February 18 for the first leg of the Champions League round of 16. Meet in the following note all the schedules by countries to watch this football match live.

Atlético Madrid vs. Liverpool will star in a true great match at the Wanda Metropolitano , this Tuesday, February 18 from 9:00 p.m. in Spain, 2:00 p.m. in Mexico and 3:00 p.m. in Peru. The duel, corresponding to the knockout stages of the Champions League , can be seen throughout Latin America through the ESPN2 and ESPN Play signal, and in Spain via Movistar Champions League, Movistar + and Mitele Plus.

Do not forget that Somag News will also inform you with the details of the Champions League : videos, statistics, controversies, and how and where to watch this football match live .

The Champions League returns with great games that promise to paralyze world football, one of them is the one that will support ‘ mattresses’ and ‘reds’ . The ‘Atleti’ comes with the spirit to the fullest, because he was able to rescue a tie (2-2) against Valencia, in his last duel for LaLiga Santander .

However, despite the result, what coach Diego Simeone highlighted , and the Spanish press, is that the ‘mattresses’ returned to show their best version and again they were that team that exerts high pressure, physical play and exhausting on their rivals . Another good news for Atlético de Madrid is that they will again have Álvaro Morata, Santiago Arias and José María Giménez , however there are doubts about the presence of Mexican Héctor Herrera , and also the attackers Diego Costa and Joao Félix .

While Liverpool is, today, the best team at European and world level, as it goes through an extraordinary season in the Premier League , having not given up a defeat in 26 contested days, while for the Champions League they only fell in one match . The ‘Reds’ returned to action after 15 days; All the players of the first team were cited by Jurgen Klopp for the duel they faced against Norwich City, and culminated with a 1-0 victory after Sadio Mané’s goal .

The three points allowed the Buenos Aires to distance themselves to 25 units of Manchester City , their closest pursuer in the fight for the English league title. In addition, they assured their presence in the next edition of the Champions League – seven months before – because by adding 76 points they are already guaranteed to finish the season among the first four of the Premier League.