Home Entertainment How to view the fare on Google Maps 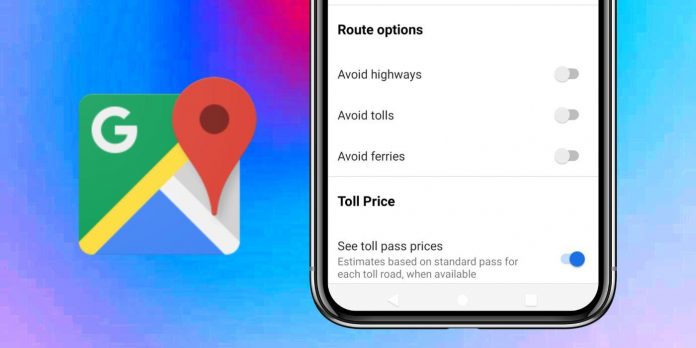 In June 2022, Google Maps introduced a new feature that shows the cost of toll roads on any route. The feature, which was originally announced in April, has been in development since at least late 2021, when participants in the Google Maps preview program began reporting that they were asked to take a survey to help developers figure out how best to implement the feature. . It has since been released for both Android and iOS and is available in the US, India, Japan and Indonesia. It shows the cost of driving on roads and bridges on any route, helping users better plan their trip.

Prior to the publication of new information about toll passes, Google Maps introduced a new Air Quality Index (AQI) feature that allows users to check the level of air pollution in their region. This feature also allows users to check the level of allergens such as pollen, which is very useful for those who are allergic or sensitive to the presence of these particles in the air. A few months before the introduction of the AQI feature, Google Maps also deployed a forest fire layer to help people living in wildfire-prone regions. This feature allows users to see how forest fires have affected the air quality in their area so that they can not go outside unnecessarily.

In a community post announcing the new feature, Google said it’s easy to see the fare for any route on Maps. To do this, simply plot any route, as usual, by pressing the blue button (with a turn indicator) on the right, and then entering the starting point and destination. Once both are entered, Google Maps will show the fastest route with all the tolls along the way. This feature is enabled by default, meaning users will not need to manually enable any settings to see information about paid rates. However, users can change the settings to avoid all toll passes, although this often increases travel time.

The fare is enabled by default

This feature is enabled by default, but users can change this in the Settings menu. To do this, click on the profile picture in the upper-right corner of Google Maps, and then select “Settings” from the pop-up menu. On the next page, select “Navigation Settings” and then finally turn off the switch next to “View rates”. While the switch is off, users will not see the prices for travel on any selected route. To change the setting, simply repeat the steps and turn on the switch again.

Google says it has collected toll information from local authorities for nearly 2,000 roads in supported countries. While this may not be much, given the extensive road network in these regions, it should still cover most of the major toll booths and give a good idea of how much drivers will have to pay on their route. It is not yet clear when Google Maps will deploy this feature in other regions, but it should happen in stages.

Promethee 13:13 Mixes Genres in One of the Best sci-fi Comics...