Home Entertainment How To Use The “Disney Pixar” Filter On Snapchat And Be A... 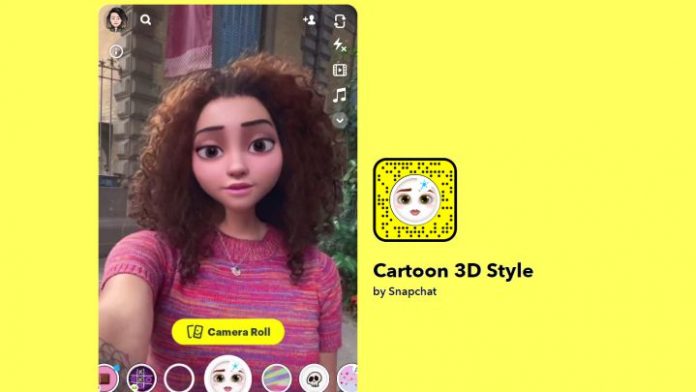 Disney Pixar: One of the most successful relationships in 20th and 21st century film history, it’s hard to conceive of Disney the last 25 years without Pixar movies – in fact, the success of John Lasseter’s studio caused Disney to stop making animated films. traditional in pursuit of CGI movies. And some of them, like Toy Story, are already part of the collective imagination and popular culture.

Although it has been a few years since it stopped being the most viral social application, Snapchat still does not want to leave. And in fact, other apps like TikTok feed it back and vice versa. How? Through Augmented Reality filters: Snapchat is an expert and a master in AR filters, which are later used and shared on TikTok by millions of users since the latter is the most viral and successful app of the moment.

And the thing is that every week there is a new filter that hits it, which is a success, which starts making noise on Snapchat and then bursts into uses on TikTok. Like the one who stars in this news, because who wouldn’t want to look like a Pixar character on Tiktok?

This is a filter that is going viral as we write and read. A filter that gives you a human character look from the Toy Story – although it also looks like the character of Gal Gadot in Ralph Breaks the Internet. It’s called the ‘Cartoon 3D Style’ filter, and we’ll tell you how to find and use it:

How to get the Disney Pixar filter on Snapchat

You must have Snapchat installed, if not here you have the Android version and here the iOS version
Open Snapchat and look for the Filters icon next to the button to take a photo – bottom right.
Click on the magnifying glass icon.
This will open the Snapchat filters interface. Type in the search bar the words Cartoon 3D Style
Click on the first result – or the one that is called that.
Now that you have the AR filter activated, take a photo or record a video using the filter, and save it on your mobile.

What is the order of Marvel movies to watch on Disney...