Home Entertainment How to Use Reset Abilities in Neon White 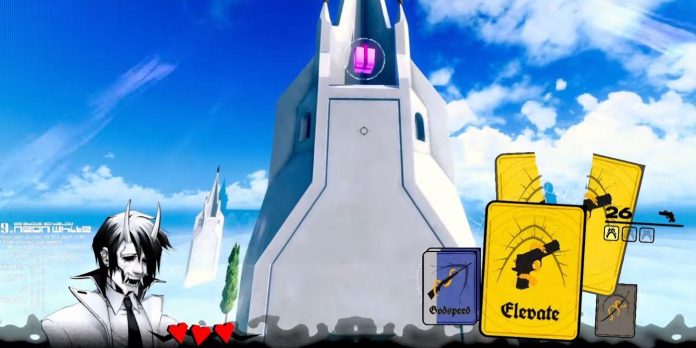 Giving up abilities is the main mechanics of the Neon White platformer, similar to Ghostrunner, which allows the main character to throw a soul card in exchange for a special move. When players parkour and fight their way through a horde of demons, they will use various items known as soul cards. These cards serve as weapons that players can use to destroy demons and destroy objects. Each Soul Card in Neon White is used sparingly and disappears as soon as its counter is depleted. However, players also have the option to instantly discard a card’s ability and use its special move.

For example, one of the first soul cards players encounter is Elevate, a semi-automatic weapon that can fire single bullets at a fairly high speed. As soon as nine shots are fired, the gun will disappear, and the equipped weapon will return to another soul card in the deck. On the other hand, if players use the right mouse button on the PC or the RB button for Xbox controllers, the yellow soul card will disappear and the main character will “rise” a few meters into the air, giving a bonus jump.

Accordingly, each soul card has a special “reset ability” tied to the bypass. Of course, some of them can be used in combat in Neon White. However, the main purpose of giving up abilities is to unlock the unique secondary power of the Soul Card in order to pass levels and get into areas that the player would not otherwise be able to reach. For example, Gifts are collectibles that are necessary for the development of a character’s social ties with White. To get these collectibles, Neon White fans must give up their abilities to get a special move used to reach the location of the Gift.

Giving up Abilities in Neon White

In total, Neon White has six soul cards that players can discard to use a unique ability. Katana and Fist are also soul cards, but they don’t give any special moves; therefore they are excluded from the list below:

Purification: Color – Purple | Undo Ability — Launch sticky explosives that players can push off from. Lift: Color — Yellow|Ability Bounce — acts as an extra jump in this parkour platformer when it’s in the air. Godspeed: Color — Blue | Reset Ability – launches the player at an incredible speed in the direction in which he is looking. Stomp: Color – Green | Reset Ability – Hit the ground below to break the barriers. Dominion: Color – Turquoise | Reset Ability — Shoots hook. Fireball: Color — Red | Cancel ability — launches the player in a certain direction after a delay, giving him time to aim.