Home Entertainment How to unlock Zurg in the Disney Mirrorverse 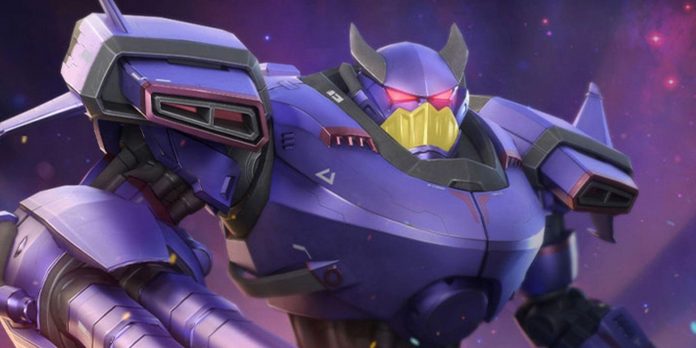 Zurg appears in the Disney Mirrorverse as a Guardian, but in the broader Disney franchise he is a villain paired with Buzz Lightyear. Zurg, also known as Emperor Zurg, first appeared in Toy Story 2 as an enemy of the Galactic Alliance and Buzz Lightyear. He later appeared in the Buzz Lightyear spin-off show “Buzz Lightyear of Star Command”, as well as in the recent animated film “Lightyear” starring Chris Evans as Buzz and James Brolin as Zurg.

In the Disney Mirrorverse, Zurg is a Ranged Guardian. He shoots from a destroyer attached to his arm and can switch to rapid-fire mode, making him a powerful ally. He also has an AoE ability, Temporal Singularity, which deals shock damage. To unlock Zurg, players need to buy him for crystals, stardust or laurels in the in-game store. This can be done with items earned in the game, or purchased through a microtransaction system similar to Diablo Immortal.

How to unlock Zurg in the Disney Mirrorverse

To unlock Zurg, go to the main menu. Although there is no need to spend real money on in-game currency, players can buy the spheres needed to unlock Zurg with crystals. If players want to keep the game free, there are three main ways to unlock this Guardian in the Disney Mirrorverse:

Use the Crystal in the Portal to get a random Guardian. In the main menu, click “Crystals” to see which character pools are represented. Find Zurg among the prizes presented and throw the Crystal of Glory into the pool for a chance to get Zurg. There is no guarantee that players will get a Zurg on the first try, as there are several Guardians in the pool, but this is one of the fastest ways to unlock it. This way you can purchase all unlockable Guardians in the Disney Mirrorverse. Use Stardust to buy Zurg. Another way to unlock Zurg is to use ranged yellow stardust. Stardust is given to players when they pull a Guardian out of a portal; other Ranged Guardians will give ranged stardust. Collect enough Ranged Stardust, and players will be able to use it to buy a Zurg or any other ranged guardian on the Stardust tab in the main menu. The available Guardians change every few hours, so wait until Zurg appears. Use the Laurels to buy a Zurg. As with Stardust, Laurels can be used to unlock the Zurg in the Disney Mirrorverse. Despite the fact that Zurg from the Disney Mirrorverse is a villain, he is a powerful ally in the fight against the Split. Laurels are earned for completing in-game missions, and when players earn enough, they can be spent on new Guardians to join the team. Check the Laurels tab every few hours until the Zurg appears, and when players have enough laurels, they can unlock it.

Rumor: Pokemon Scarlet and Violet may be Missing among Fans’ Favorite...