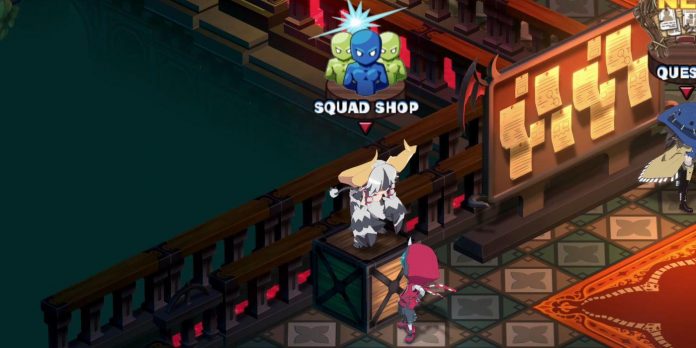 The Squad Shop is a unique feature of Disgaea 6 that allows players to assign members of their group to squads to receive various special effects. Such squad effects include improving the base, advantages in battle and increasing experience after defeating enemies. An example of how a squad shop works would be creating a Prinny squad with a squad effect in this JRPG, which allows you to treat assigned members as Prinny.

To make the best use of the Prinny Squad effect in the Disgaea 6 Squad Store, the player can appoint a character with an Evil Prinny Instructor as the Squad Leader, which increases the experience, mana and class skill received by Prinny by 100%. Accordingly, since Prinny’s Squad passively assigns Squad members to be mechanically treated as Prinny, they receive this significant positive effect provided by the Leader’s Malice. Naturally, this is just one example of a beneficial effect in the squad store, and players will gain access to many other types of squads as they progress through the main campaign.

The Squad Shop in Disgaea 6 also offers a linear upgrade tree that allows players to further enhance squad effects applied to their allies. By spending Stored or Juice Bar EXP, fans of Japanese role-playing games can level up their Squad Effects. For example, Skill Training Squad, which increases the gain of Skill EXP, is an excellent choice for leveling character skills. The player can use their saved experience to boost the squad’s effect to the next level by providing bonuses such as higher skill experience gains and additional squad slots.

How the squad store works in Disgaea 6

To unlock Squad Shop Work in Disgaea 6, players must talk to Munika, who can be found next to the quest board in the central part of the Underworld World. Her store should become available after the player reaches a comic moment in the main story, when Zed kills the Hero Yamada several times for additional experience. Returning to the hub, Cerebus will inform the main character that the squad store is open for use.

Below is a list of squad units available in the store that players can unlock and use for various game effects in this JRPG:

Although some squads, such as the Boot Camp Squad or the Juice Bar squad, may objectively be more useful, these options allow players to improve their unique playing styles depending on their current goal during the passage of Disgaea 6.