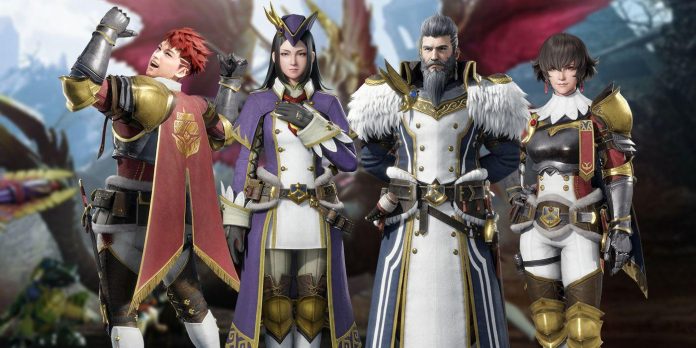 Joint quests for followers include two new types of missions that are available in Monster Hunter Rise: Sunbreak, but to unlock them you need to go through the main plot. In Follower Collab quests, players will team up with NPCs to perform dangerous hunts. There are two types of quests to collaborate with followers, and some of them will unlock NPCs that can accompany players on other missions.
To unlock the Follower Collab quests, players will need to complete the main plot. Different NPCs will have quests available at different points in the main plot, but the first quests of the Followers’ Collaboration will become available after completing the quest “Scarlet Tengu in the Shrine Ruins”. Continuing the main story and completing the available Follower Collab quests will unlock NPCs and their equipment design.
Link: How to Cure Rage in Monster Hunter Rise: Sunbreak
In Monster Hunter Rise: Sunbreak, there are quests based on surveys of followers and support, which can be performed together with new and familiar non-player characters. Companions must be unlocked by completing missions in their individual quest lines before they become available to be used as partners in challenging support hunts. Teammate quests have requirements for NPCs and do not allow players to change the weapons of teammates. However, support polls allow players to choose their two unlocked followers and the weapons they will use to complete the quest.
How to Unlock Followers in Monster Hunter Rise: Sunbreak
Each unlockable NPC has a series of separate quests, and a new one will become available after completing the mission to the end of the Follower’s quest chain. The presence of a “Collaboration with Followers” quest does not necessarily mean that the associated NPC is unlocked for support surveys. Players will need to keep completing Follower Collab quests to unlock new Followers, and this will also add armor and NPC weapons in Monster Hunter Rise: Sunbreak to the blacksmith. There are 10 followers to unlock.
Admiral Galleus: Complete the task “Invisible Threat” Arena Master Arlow: Complete the task “Espinascapada in the moonlight” Dame Fioraine: Complete the introduction to the quest of the companion Lady Ray: Complete the introduction to the quest of the companion Lady Rondin: Complete the task “Into the depths of the jungle” Senior Fugen: complete the task “Litter in the lava caves” Box” Hinoa, guiding maiden: Complete “Rumbling Tummy, Rumbling Thunder”. Master Utsushi: Complete “Grabbing Life by the Horns”. The New Knight”
Teammate quests are great for players who want to complete missions without worrying about randomly selecting players or finding other people to team up with. Once the support polls become available, players can choose two followers to join them, and usually need to defeat several monsters. Since some of the new quests require the main missions to be completed first, players can work on Follower Collab quests in tandem with completing the main story quests in Monster Hunter Rise: Sunbreak.