Home Entertainment How to Unlock M13B in “Warzone 2” 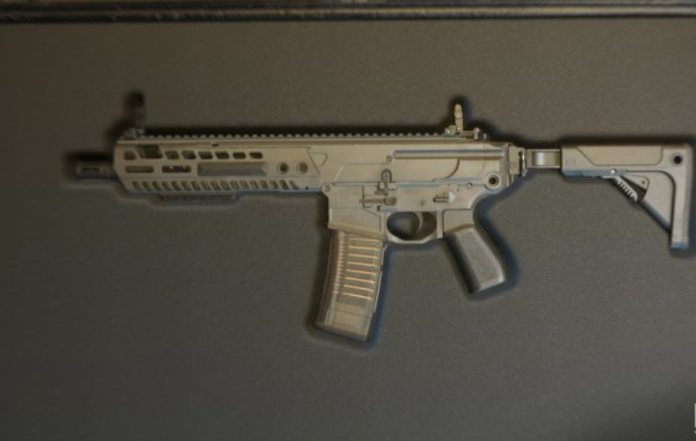 Warzone 2 is already launched, bringing with it a bunch of new weapons. The M13B seems to be the best of all, but it’s not so easy to get it. You see, instead of being part of a combat pass, the M13B is actually only available as a weapon test unlock or when purchasing a kit in a store. To unlock it for free, you need to switch to DMZ Warzone 2 mode.

You will want to take a squad with you, as you will go deep into the radiation zone in search of a mini-boss named Chemist. This is not an easy mission, so first make sure you have experience with DMZ. Learn how to mine and how to loot and build up your arsenal. As soon as you feel confident, it’s time to hunt for a Chemist.

To get the M13B in Warzone 2, you need to switch to DMZ mode. To do this, you will need a squad, as the radiation zones are filled with armored enemies, and the Chemist is extremely strong. After landing, you will want to open the map and find a yellow circle with a nuclear symbol in the center.

You will probably be quite far from this area, so look for a vehicle and go there. Don’t forget to rob several areas along the way. You will need a gas mask to survive in radiation zones, and ideally you need as much ammunition as possible. Once inside the radiation zone, you need to find a Chemist. It can usually be found near large groups of enemies. A reconnaissance drone is very useful here.

As soon as you find the Chemist, a gas mask symbol will appear on the map. He’s a big enemy in a bright yellow protective suit. Now the most difficult thing is to kill the Chemist. He will attack and then run away, appearing among the enemies on the move. Always keep him in sight and kill quickly to avoid too many enemies. While you are spending time in the radiation zone, your gas mask will break. New enemies will fall out of the killed ones, so make sure that they are always repaired.

The chemist will drop the M13B when he is killed. Only one of your team members can pick it up and eventually unlock the weapon (this is obviously annoying, and Infinity Ward will probably fix it soon). To really unlock the M13B, you need to extract it. Death along the way will mean that you will lose your weapon and you will need to try again. After returning from the demilitarized zone, the M13B can be used in Warzone 2 and Modern Warfare 2.

How to Kill a Chemist Solo

Although it is not recommended to take DMZ and Chemist alone, there is one way to quickly kill him and take his weapon. Find the radiation zone and make sure you have a gas mask. Now you are going to find the nearest car. Hitting a Chemist actually kills him with one blow. If you can, grab his gun and run. This is certainly a difficult method, but practically the only way to cope with it on your own.

Other ways to unlock M13B

As soon as one of your team members is evacuated from the M13B, it can be passed down the chain. Just boot back into the DMZ and take your weapons with you. Throw it to a teammate and when they pull it out, the M13B will open. This can be done for any player with whom you enter the demilitarized zone.

Another way to get an M13B is to kill the players who are carrying it. Now it is a very popular weapon, so be sure to collect sets of all the players you killed. If you find the M13B, just extract it and it will open for you.

Here’s how to unlock M13B in Warzone 2. For more help on the game, be sure to check out our guide to finding gear in Warzone 2.

As for the games, the esports organization Team SoloMid (TSM) announced that its partnership with a major sponsor FTX is officially suspended “effective immediately” after the bankruptcy of the FTX cryptocurrency exchange platform.