Home Entertainment How to Treat Teammates in TMNT: Shredder’s Revenge 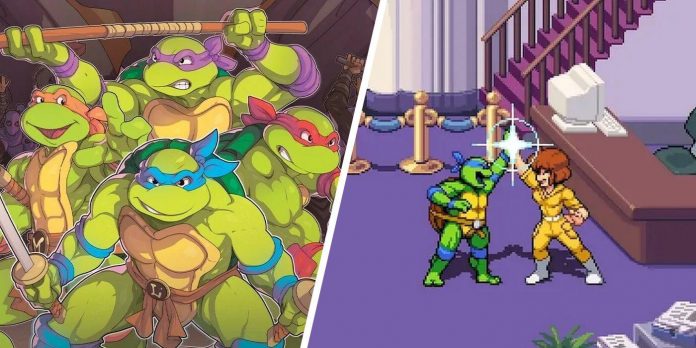 Staying alive is necessary to complete the stage in Teenage Mutant Ninja Turtles: Shredder’s Revenge, and one of the ways to ensure the survival of game characters is to treat teammates. Shredder’s Revenge is a retro arcade action game in which players will face a lot of enemies at each level. Sometimes only two or three enemies appear in the zone, while in other areas there are dozens of enemies that surround the Teenage Mutant Ninja Turtles ninja Turtle brothers. Accordingly, it is extremely important that players understand how they heal their allies and restore their HP in order to remain decisive in battle.

Healing another teammate in Teenage Mutant Ninja Turtles: Shredder’s Revenge is a mechanic known as “Cheer Up”. While it may sound silly, this mechanic is vital to getting through the more challenging levels of the game. To cheer up an ally, players must stand next to their teammate and press the LB button on their controller. Naturally, this configuration is applied by default to Xbox and PC controllers, since Switch and PlayStation may have a different setting. However, when this action is performed, the two playable characters will give each other a high five, activating the healing power of camaraderie.

However, the healing action of “Cheer Up” is not free in TMNT: Shredder’s Revenge. Whenever players perform a “Cheer Up”, the one who initiates a “High Five” replenishes his ally’s health by two points, while losing two of his own. In other words, treating a teammate is more of an HP transfer rather than a “free treatment.” Nevertheless, it is a convenient and effective way to help allies get out of a difficult situation or prepare for the next battle.

You can cheer up without restrictions during missions until one of the players has only two HP left. Therefore, a good strategy would be to balance the health reserve of each teammate to ensure the best chance of survival.

In addition, in Teenage Mutant Ninja Turtles: Shredder’s Revenge, there is another treatment method that does not require sacrificing the health of another player. In order for the character to “self-heal”, players can consume healing pizza bonuses in “Ninja Turtles” — a type of pick-up item that restores HP without any drawbacks. Pizza powerups often appear on the level in the form of blue pizza boxes with a green cross on the lid. To use this item, players can simply pass by during combat or outside of it. However, keep in mind that only one user can eat pizza at a time. Unfortunately, consumables cannot be shared.