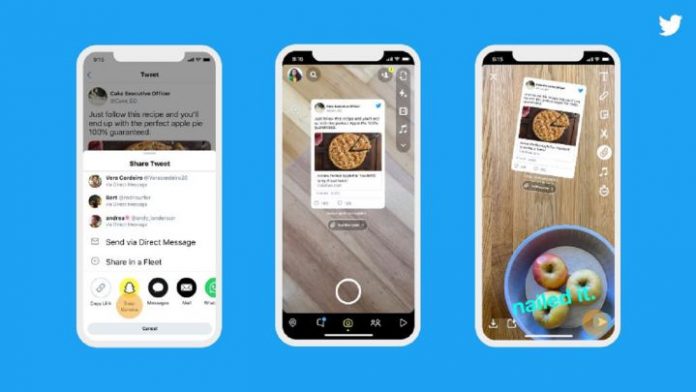 Screenshots are one of the most important features on devices today. Taking a photo of what you have on the screen of your mobile is something very normal today, especially if you do it with a gesture, but there are applications that allow you to share these pieces in your publications in a simple way. This is the case of Snapchat, which, in case you didn’t know, you can put a Twitter post in your Snapchat stories.

Sometimes you have applications on your smartphone that serve the same purpose, but you leave them because some offer you different things. But rarely does it have such a good integration that they make your job easier when creating a publication on your social networks. This has been achieved with the new Snapchat feature, which now lets you share a Twitter post without taking a screenshot.

Until now the procedure was that, take a screenshot of the tweet, crop it and put it in an image, but now it has a series of simple steps. You have them below and you just have to follow them one by one:

Tap on the Snapchat icon

Login to the ghost app from here

The best thing is that with this integration, the people who see your story can click on the tweet and go directly to it to comment on it if they want to. But there are two things you should know more about. The first we will tell you now and that is that this function has a trick. Turns out, you can’t use a Snapchat tweet if it’s not public. If the user has her messages protected, you will not be able to do anything to use this new function. Failing that, you will have to use the traditional model.

See Also
Jungkook breaks his own record on Twitter

Only for iOS users

The second drawback, if it can be considered such, is that only iOS users will have access to this feature. So if you have a compatible iPhone you can make your Snapchat stories using tweets as we pointed out before.

Huawei: P40 series have the largest camera sensor on the market