Home Celebrity How to see BTS in Escape2021? All about the YouTube event 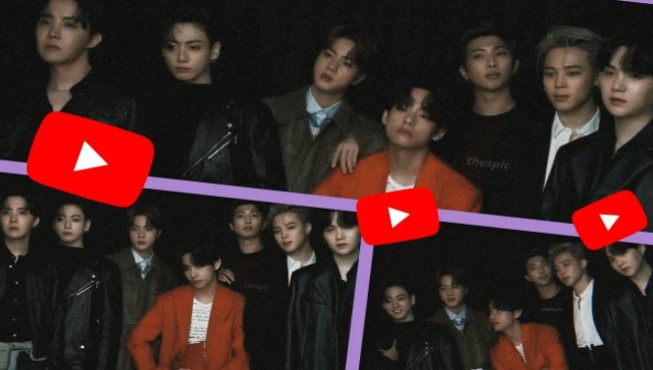 BTS triumphed on YouTube like no other artist and they were definitely a phenomenon that stood out on the platform throughout the year, that is why they will appear in the virtual event Escape 2021 that you cannot miss.

BTS reigns supreme in many countries around the planet, idols have managed to make a gigantic fanbase that never stops their love and support for this boy band; This is notable on digital platforms and social networks, pages where Bangtan Sonyeondan has broken unimaginable records.

YouTube was no exception, each new Bangtan music video managed to accumulate millions of views on the site, ARMY streaming never stopped and even already released MVs continued to shine on the platform and showing that the Bangtan Boys lead in terms of views.

This is why BTS can be considered one of the biggest phenomena on YouTube, and the platform recognizes that the idols were artists who really stood out throughout 2021 and decided to add them to the virtual event Escape2021.

This will be like the Rewind of each year that compiled the most important thing on YT throughout the year, those videos that had the most views or went viral on the platform, when can we see BTS at this event?

The countdown to Escape2021 has begun, the event will take place from December 16 to 17 in Korea, it will broadcast 24 hours in a row with many artists and content creators who stood out throughout the year.

BTS has already made their participation official and invited ARMY to activate the reminder on the official YouTube channel where you can see a small trailer of what Escape 2021 will be.

You can now activate the reminder to see Bangtan Sonyeondan at Escape2021 and thus delight yourself with all the talents of the idols in this new performance, which is noteworthy is prerecorded, because the Bangtan boys are on vacation at the moment.

The YouTube virtual event will be divided into 3 chapters, the first will start on December 16 at 2 PM, South Korean time, but so that you do not lose detail, here we leave you all the corresponding times, dates and countries to see it .

12 AM: Colombia, Peru, Ecuador and Panama

Now you know all the details of Escape 2021 so as not to miss BTS in this great event, enjoy it and you will see one of the best end of the year presentations.

In other BTS news, the boy band took over HYBE’s museum with some unique items that every ARMY will want to see live.

The movie available on the platform Pieces of a Woman!