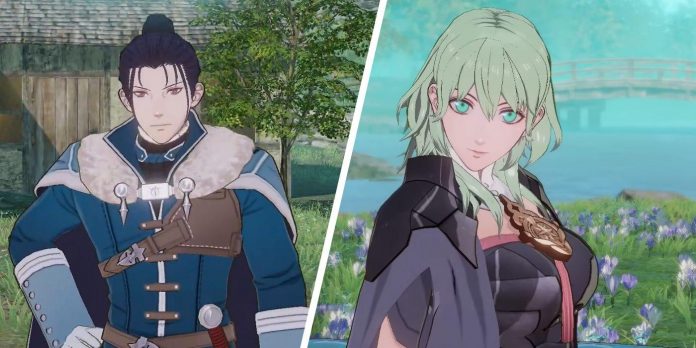 Morale is a mechanic in Fire Emblem Warriors: Three Hopes that determines how well a character’s squad behaves in battle. For example, a character with a high fighting spirit will deal more damage to enemies, allowing the main character to go through more difficult combat stages or challenge bosses. Accordingly, the proper management of morale in Fire Emblem Warriors is crucial for the high efficiency of units and ensuring that the characters in Three Hopes have the highest chances of survival in battle.

If an ally’s health reaches zero in battle, his morale will drop to the first level, which will significantly reduce his combat capability. It should be noted that this mechanic applies exclusively to the lighter difficulty levels of the game, such as casual mode. Units and game characters that have fallen in battle will be automatically revived after completing the stage, so players don’t have to worry about losing their fighters. On the other hand, the death of an ally in classic mode will be permanent, which means that morale will not suffer, since irreversible death is active. This feature, concerning low morale and irrevocable death, is important to take into account when choosing the difficulty level of the game.

Regardless of the difficulty mode, morale is reset at the end of each chapter during the selected storyline in Fire Emblem Warriors: Three Hopes. Accordingly, this forces the player to work again on boosting the morale of their units to unlock their support conversations and boost their combat stats for the upcoming battle stages in the next chapter.

There are several ways to boost morale in Fire Emblem Warriors: Three Hopes. The first way is to give gifts to the characters. This action can be performed by interacting with the selected character during non-combat scenarios or at the end of expeditions. Keep in mind that the characters do not just accept any gift given to them. For example, Annette likes to get a music book, but she won’t like it if the main character gives her a ceremonial sword. Accordingly, avoid giving unloved gifts to boost morale and support points.

Interacting with allies in Fire Emblem Warriors: Three Hopes is another way to boost morale. One way is to cook food for the characters in the camp recreation area together with the kitchen master. Talking to the Master of the household outside the recreation area and voluntarily completing tasks also increases the morale of the squad. Finally, players can also boost their characters’ morale if an ally gets an MVP at the end of the battle. Whenever this happens, the character’s morale level increases by one, making it one of the most guaranteed ways to boost morale.