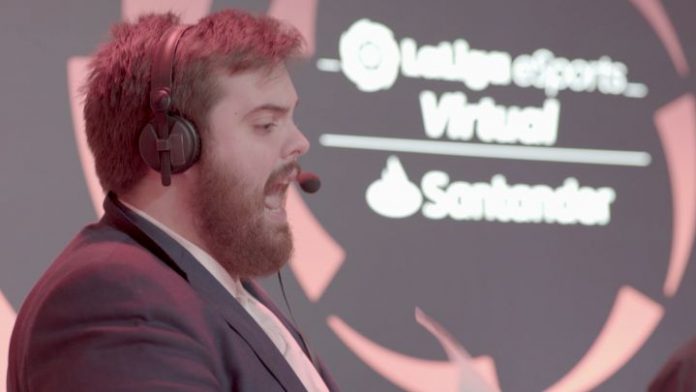 Today is the start of a new day in LaLiga Santander, specifically day 20. It is an important moment since it indicates that half of the 2020-2021 academic year has passed and it is the time when all teams press the accelerator . Some will seek the lead, while others fight their way out of the relegation places. But today’s match is special because the Movistar + Atlético – Valencia match features the commentary from streamer Ibai Llanos. We tell you how you can put it.

How to put the audio of Ibai in Atlético-Valencia

Football is heard differently on the different radio stations and networks that broadcast it. Everyone has his preferences, but even those who surf the Internet have in their mind the voice of a famous person who would like to hear the narration of a match. We are talking about Ibai Llanos, who in his day was a League of Legends commentator in the Professional Video Game League (LVP). The youngest repeat and chant some of his phrases, but the truth is that the Vizcaya commentator is a sports lover.

For this reason, he will lend his voice to narrate the game and that is why we will tell you how to put the audio of Ibai Llanos on the Atlético-Valencia TV of Movistar +. The procedure is very simple and we are going to tell you about it step by step so you don’t miss it. And if you like how he has been able to comment on a game in the electronic sports environment, you will like to listen to him in an official football match.

Step 1
Enter the dial where the game is broadcast, which can be from 46 to 49

Step 2
While broadcasting, press the long green button on the cable box remote

Step 3
Go to the Audio option on the screen

The other options to see Atlético-Valencia

There is no doubt that seeing Atlético – Valencia by Movistar + with the narration of Ibai Llanos will be a show for everyone. However, we remind you that you always have other options among which you can listen only to the ambient sound or you can listen to the comments of our colleagues from Cadena SER. Whatever your decision, it is an important match for the Valencian team. The colchoneros will secure their first place with a victory, but the Mestalla team needs it to avoid falling below the table.