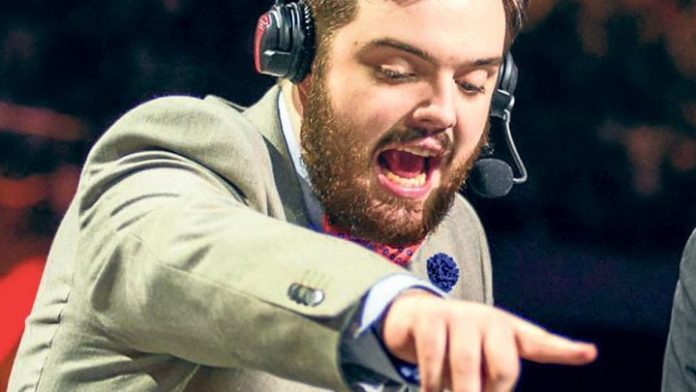 There are many stars and ‘Celebrities’ on social networks, but the talent in many of them is debatable. Although if we look at Ibai Llanos, of course his ability and capacity as a ‘caster’, as a sports commentator, is undeniable, either in an e-Sports evening where he has become one of the most iconic in the country, or a traditional sports meeting.

Trained in the Moba LOL (League of Legends) competitions and with his experience as a caster in the LVP (Professional Video Games League), Ibai narrated a few weeks ago the Atlético-Valencia match on matchday 20 of the Santander League. And if you liked the way he did it, tomorrow you can listen to it again.

How to put the audio of Ibai in Real Madrid- Valencia

Of the most interesting matches, on matchday 23 of the Santander League, Real Madrid will play tomorrow against Valencia in the merengue fiefdom. As Ibai himself comments on his Twitter: “This Sunday at 16:15 we will narrate Madrid-Valencia from my Twitch channel It can also be heard from Audio 2 on @MovistarFutbol I’m going to spend my Valentine’s Day with Vinicius I can’t ask for more ”

If you want to hear it directly on his Twitch, here is the link. And if you want to listen to it through Movistar +, this is how its audio is selected:

Enter the dial where the game is broadcast, which can be from 46 to 49
While streaming, press the long green button on the cable box remote
Go to the Audio option on the screen
Change the audio to the Ibai option, Audio 2
There is no doubt that watching Atlético – Valencia from Movistar + with the narration of Ibai Llanos will be a show for everyone, although you have other options among which you can listen only to the ambient sound or you can listen to the comment of our colleagues from Cadena SER .