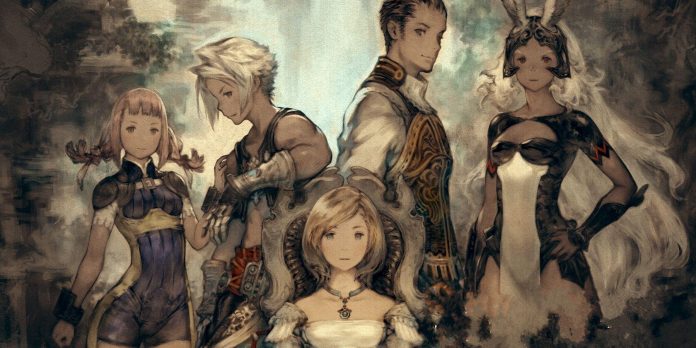 It’s hard to think of a franchise that goes to such lengths to create huge, immersive worlds full of engaging characters as Final Fantasy. With this quality comes complexity. Sometimes, navigating worlds can be tricky, and some get a little lost in the lore. The sheer scope of these worlds means that often they will expand into other games, and even into other media. For example, the Fabula Nova Crystallis series started with Final Fantasy 13 but spanned a total of seven titles across multiple platforms. Prior to this, there was the Ivalice Alliance series, which was based around the complex timeline and world of Ivalice.

Ivalice was first introduced in 1997’s Final Fantasy Tactics for the PS1. Video game designer Yasumi Matsuno created Ivalice as a world that fuses magic and machinery, allowing the two to co-exist. This blend of medieval-type settings with machinery and technology gives Ivalice a distinct, memorable look and feel. The release of Final Fantasy 12 was followed by an announcement marking the beginning of the Ivalice Alliance series, and it is chronologically the first of the four titles within this collection.

The twelfth mainline Final Fantasy game released on PS2 in 2006. It was a critical and commercial success, earning several Game of the Year-type awards. Some of the newer elements it introduced, like the controversial Jobs and Gambits systems, divided opinion. However, it was another huge, sprawling JRPG that offered hours of content for gamers to enjoy. Final Fantasy 12 follows the adventures of protagonist Vaan and the sky pirate Balthier during a period of war between two empires, Archadia and Rozarria.

With a typically well-crafted narrative and plenty of side content, Final Fantasy 12 was a great experience, even if its characters were not quite as memorable as some of the more popular people from different entries. Final Fantasy 12 was not classed as part of the Ivalice Alliance collection until its re-release in 2017, titled Final Fantasy 12: The Zodiac Age. At this point, it became the first chronological entry in the collection.

The next game on the timeline is Final Fantasy 12: Revenant Wings. Released for the Nintendo DS in 2007, it takes place just one year after the events of Final Fantasy 12, and once again features Vaan as a full-fledged sky pirate using his own airship. With gameplay that is similar to the Final Fantasy Tactics series, the game could be played from start to finish using the Nintendo DS stylus, which was a common gimmick at the time. The game introduced a floating continent of Lemures, and was much more light-hearted in tone than FF12.

The third chronological game is Final Fantasy Tactics Advance 2: Grimoire of the Rift, which was released for the Nintendo DS in 2008. The game follows Luso Clemens, a young troublemaker who finds himself magically transported to the world of Ivalice. The game also features cameos from a couple of the main characters in Final Fantasy 12, namely Vaan and Penelo. The gameplay is largely similar to its predecessor, with turn-based battles that take place in a grid-style arena. Despite the prologue and epilogue taking place in St. Ivalice, which is the future state of the world of Ivalice, most of the game’s events occur shortly after FF12 and FF12 Revenant Wings, due to the character Luso and his friends experiencing time travel.

RELATED: Final Fantasy: Characters We Want in the Next Dissidia Game

Final Fantasy Tactics: The War of the Lions

Chronologically the last game in the Ivalice Alliance series is Final Fantasy Tactics: The War of the Lions, which was released for the PSP in 2007. The game is an updated version of the 1997 Final Fantasy Tactics for PS1, which features new playable characters, a visual overhaul, and other features including unique cutscenes. It takes place over 1,000 years after events in FF12, and finds Ivalice in a dark age due to a mysterious event known as the Cataclysm. The popular title retained all things that made the original Final Fantasy Tactics such a highly regarded game, including its mature tone, difficulty, and some popular gameplay mechanics like the jobs system.

Other Games Set in Ivalice

Even though the Ivalice Alliance only spans four titles, there are a couple more games set within the world of Ivalice. One is 2000’s Vagrant Story, a non-Final Fantasy title that was confirmed to take place within the same universe. It was released for the PS1 as an action-adventure RPG, but featured no shops to purchase items or interaction with other characters. These mechanics were highly unusual absences for a JRPG, but it still garnered strong praise from critics.

There’s also Final Fantasy Tactics Advance, which is a spin-off that takes place in a different version of Ivalice. It was released for the Game Boy Advance in 2003, and introduced new characters while sharing several traits with the original Final Fantasy Tactics, although it isn’t a true sequel.

Cutting through the convoluted timeline of Ivalice, all of these titles shared one thing in common: their strong review scores. It seems that regardless of the character or adventure, having the Final Fantasy game set in Ivalice almost always guarantees quality. For those wishing to discover everything there is to know about Ivalice, there’s a wealth of content to explore.