Home Tech How To Open An Apple Music Link On Spotify 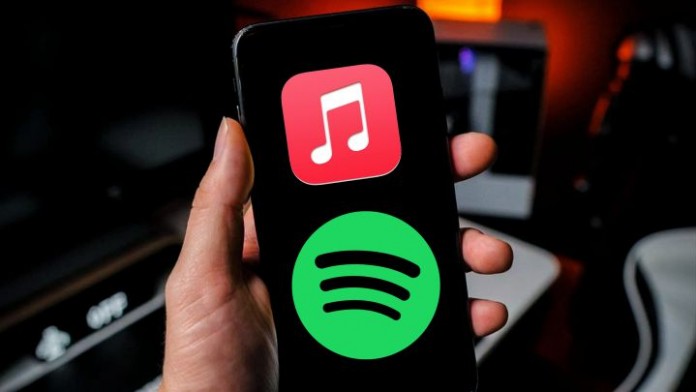 Apple Music: For many users there is only a single music application on their device. In fact, you would be surprised to know that there are still those that only have the music that they upload from their own computer, so they only use the terminal’s multimedia player. But we are going to focus on the most modern ones, specifically those with an iPhone, since we are going to teach all of them how to open an Apple Music link on Spotify.

How to open an Apple Music link on Spotify

Online music applications are the most downloaded by smartphone users. They are essentially basic to liven up the trip to work or a long one in your car, but especially in the latter case we recommend that you make your playlists before starting the march, because otherwise you may have problems on the road (something that we don’t want to happen to you).

But let’s put ourselves in the most positive place, and it is when you are calm at home or at a time when you do not have to do anything and you receive from someone an Apple Music link on your iPhone. If you are not a user of the platform it may be difficult for you to open it in it, but if you want to open it in Spotify we will tell you how to do it.

The first thing you should know is that your iPhone does not have a native way of doing this conversion. For this reason you will need to go to the App Store and go to the section of an application called MusicMatch. This will be in charge of acting as a bridge between the app of the bitten apple and the great Internet library. We tell you the process step by step:

If you wonder if it works the opposite, you are in luck, since if by any chance you receive the Spotify link you can follow the same steps in order to open the link in Apple Music. As if that were not enough, the app includes an extension for Safari in case you want to use it with songs that you listen to on the Internet and you want to transfer them to your favorite music application.