Home Entertainment How to Make Throws in TMNT: Shredder’s Revenge 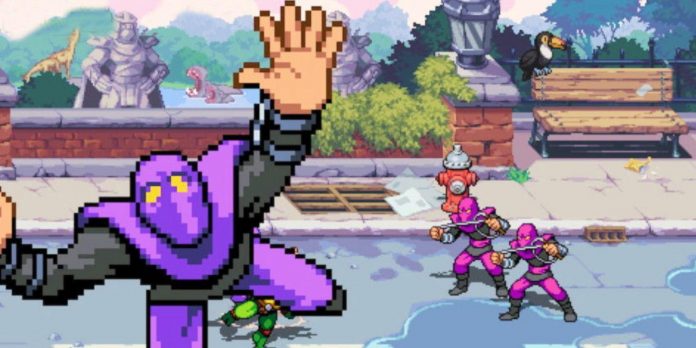 TMNT: Shredder’s Revenge provides players with a variety of characters and lots of fun moves that will make players have fun beating up the terrible Foot clan. Tribute Games, the developer of TMNT: Shredder’s Revenge, is an independent company that constantly focuses on releasing 90s arcade games for the modern gaming scene. In this game, players take on the role of their favorite Teenage Mutant Ninja Turtles, Splinter Master, or even April, fighting Shredder and his Foot clan to try to save New York.

TMNT: Shredder’s Revenge is a beat ’em up game with a fairly complex set of moves that players can use and master. In the game, players will be able to dodge in various ways, throw enemies at each other, perform unique special attacks and even increase their damage. At each stage of TMNT: Shredder’s Revenge, players start with a set number of lives, usually with two at the beginning, and they will need to restart the stage again if they lose them all.

TMNT: Shredder’s Revenge also offers players several items that they can collect while playing and exploring the levels necessary to complete the game at 100%. At each stage, the players will also face tasks, for example, not to get hit or use certain maneuvers a certain number of times. These goals are a great way for players to test themselves and make the game even more intense and exciting in combination with the stunning soundtrack of TMNT: Shredder’s Revenge.

How to Perform Fling Toss in TMNT: Shredder’s Revenge

Fling Toss is a throw in which players grab an enemy and hurl him from the stage onto the “screen”. This is a funny maneuver that winks and nods to the player, as it literally throws enemies into the “fourth wall”. Fling Toss instantly defeats the enemy, which makes it useful for quickly getting rid of the most annoying members of the Foot clan before dealing with the rest of the pack.

Fling Toss is relatively easy to perform, as players just need to grab an enemy and then press the Down button and the attack button. Capturing an enemy is an automatic action that occurs upon contact with an enemy, so it can be somewhat dangerous as players need to literally walk towards their goal. After players see that their character has grabbed an enemy, simultaneously press the “Down” button on the crosspiece and the attack button to throw the target off the stage, which can become fun when you play TMNT: Shredder’s Revenge with multiple players.