Home Entertainment How To Learn The Movements Of Simone Biles With Your Mobile And... 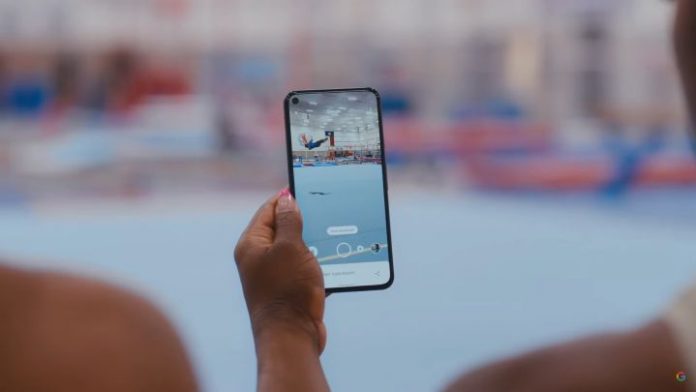 Google has finally opened its Google I / O 21 event from Mountain View. This year is important since the last edition was done without an audience, although this year only a few have been to Mountain View to see it. This has not prevented him from showing the world his proposals in the field of software and today we take a look at the search section where you can finally see the movements of your favorite athletes with Google Lens.

If there is one thing that Google stands out for, it is because of the special treatment it has made of artificial intelligence. But let’s not forget its origins: searches, which are increasingly specific and easy to use. If you use other input methods such as your mobile camera, you will get other ways to find what you need or to interact with what you have found.

And it is that the Mountain View company has taken a step forward with the use of 3D models and augmented reality. As we mentioned in the headline, you can now learn the movements of Simone Biles with your mobile and Google Lens. This means that soon you will be able to access a 3D model of the American medalist or other athletes to see how they execute their movements as they would in a competition.

The first thing you have to do, as the Sundar Pichai company proposes, is to search for the athlete from your mobile. Then you will have some suggestions of the movements that they make executed by a three-dimensional model. At this point we have to talk about Google Lens, an application that will scan the environment so that you can place the model and see it in action in an approximate size to the real one. You will have several options to choose from and it will vary depending on the chosen athlete. Some models are Simone Biles herself, the tennis player Naomi Osaka doing a serve or the soccer player Megan Rapione giving touches.

This is a new example of the potential that Google Lens has to recreate objects and people in the environment in front of you, but this is not the only thing that can be done with Lens from today. We remind you that if you are a fan of the Disney + The Mandalorian series you can take a picture with Baby Yoda using your smartphone. The same happens if you want to resurrect the dinosaurs, you can also do it by searching for them in google from your mobile.

Horizon Forbidden West, Analysis. A Great Chronicle In The Confines Of...