Home Entertainment How to keep up to date with the development updates of Haunted... 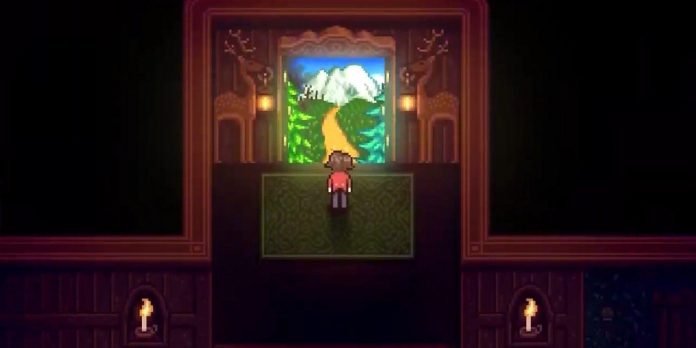 The farming simulator genre didn’t know what hit it when Stardew Valley first appeared on the scene in 2016. The role-playing simulation game was developed by one person, Eric “ConcernedApe” Barone, and despite its humble beginnings, Stardew Valley has become a huge criticism. and commercial success. While farming simulators have always been popular, like the Harvest Moon series, Stardew Valley has really lifted up the typical aspects of the genre and combined them with compelling characters, endless mysteries and relaxed but challenging gameplay. Even more impressive was that ConcernedApe handled it all on its own.

After several ports to consoles and mobile platforms over the years, Stardew Valley has continued to find its audience, and its popularity has remained stable. He inspired many similar games that tried to capture his specific magical blend of elements — with varying degrees of success — and fans were looking forward to what ConcernedApe would release next. Their wishes were finally answered at the end of 2021, when it was announced that a new game called Haunted Chocolatier was in development. Since then, the news has been a bit infrequent, but players have one easy way to keep up to date with all the updates of the game.

Of course, there are always obvious ways to keep an eye on all the famous gaming sites, which will inevitably receive any important news or important updates. But sometimes the best option is to turn directly to the original source. Since ConcernedApe is essentially a one-man operation, there is no one better suited to provide the most up-to-date and comprehensive information than Eric Barone himself. Fans who want to get the latest news about Haunted Chocolatier should carefully follow the ConcernedApe developer blog, which has messages from the creator himself, as well as other interesting details.

Here fans can view screenshots and random updates, as well as read frequently asked questions answered by ConcernedApe. ConcernedApe was much more active last year: several posts were published after the first announcement of Haunted Chocolatier in October. However, since then, the source of information has dried up a lot, and since ConcernedApe is still working on current fixes and updates for Stardew Valley, it seems that the developer still has a lot of work to do. Haunted Chocolatier was still in early development at the end of 2021, and it’s unknown when it will be released, but hopefully ConcernedApe will have some new news for fans soon.

How the Haunted Chocolatier develops

There may not have been any significant news about Haunted Chocolatier for a while, but ConcernedApe has previously revealed some very intriguing details to help players get interested in the long-awaited sequel to Stardew Valley. Although the gameplay will be similar to the previous game, ConcernedApe has also announced many changes. Instead of trying to run a farm, players will try to open a chocolate shop in a new city with completely new characters. They will need to get to know their community, and they will have the opportunity to develop various relationships as they see fit.

The dynamics may seem familiar to Stardew Valley, but along with similar aspects there will be many new creepy elements. Players will have several ghostly assistants in the store to help them succeed in business, and ConcernedApe said the upcoming game will also be much less realistic than its predecessor. Players are waiting for a lot of ghostly, magical and fantastic plot elements in Haunted Chocolatier, which, no doubt, will help to highlight it in all the best ways from Stardew Valley. Despite its more supernatural features, ConcernedApe confirmed that Haunted Chocolatier will also retain the life—affirming and inspiring themes of Stardew Valley – things that have come to define the work of ConcernedApe.

Diablo 2: Resurrected, Impressions. Many Doubts a Month After Your Departure

The remote breakup with Jane Foster from “Thor 2” is better...