Home Entertainment How to get Homamon in Digimon Survive 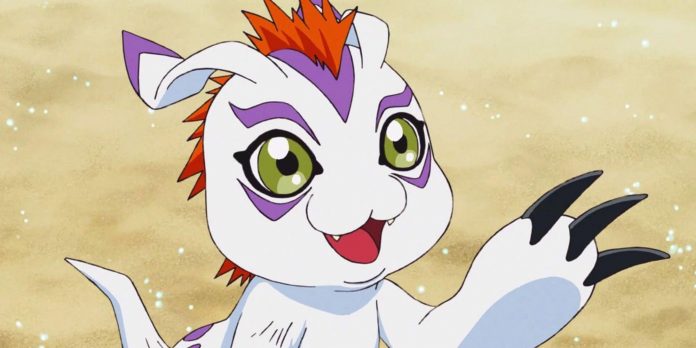 Gomamon is a digimon that players will meet in the main story quest in Digimon Survive; once players help Gomamon, they can make friends with him and add him to the team. Digimon Survive tells about the protagonist of the eighth grade Takuma Momozuka and his partner-digimon Agumon in an alternate world. As Momozuka travels the world, he befriends a new digimon, such as Gomamon. Although many digimons can be obtained by making friends with them in conversation, some meet during the game.

Gomamon is known as digimon-a beginner with a powerful water attack. His most powerful move is “Marching Fish”, when a school of fish flies at enemies in battle. It’s basically a white sea creature with purple stripes and a bit of a naughty character.

Unlike other digimons, you can’t make friends with a Gomamon while talking in battle. Instead, players will meet Gomamon in the third part in the “Free Choice” section. Players must travel to the forest outside the school, where players can complete a series of tasks to eventually make friends with Gomamon.

How to get Homamon in Digimon Survive

First, players need to defeat Fangmon at the dam in the third part of the Digimon Survive story. After this fight, the players will have free choice time. Go to the forest outside the school and meet Kunemon. Cunemon will direct players to the Spider Lily Forest, where Agumon, Falcomon and Labramon will warn players about some rustling from the bushes.

After studying the noise from the bushes, players will encounter a wounded Gomamon. Interact with Gomamon, and players will be able to heal his wounds. Healing Gomamon leads to an increase in the level of attachment, and he agrees to become a friend. If the treatment for the first time does not cause him enough affection to make friends, continue to help him. There will be several chances to meet Homamon in Digimon Survive and add him to the team.

Although this encounter is one of the ways to make friends with Digimon in Digimon Survive, it is not the main method. Usually, players need to answer a number of questions in a conversation. If the players give answers that match the digimon’s character, they can befriend him and add him to the list; this is how digimons like betamons are added to the team. In addition, players who have downloaded a virtual copy of the game can receive Guilmon automatically if they play the game at least once before the end of August; It was a special DLC bonus to encourage players to buy and play Digimon Survive after its release.