Home Entertainment How to Get Chaos Emeralds in Sonic Origins 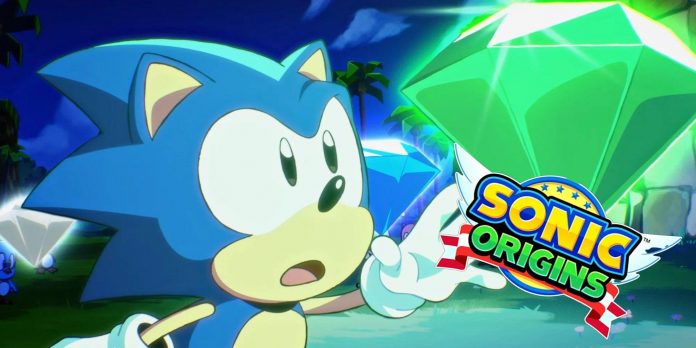 Sonic Origins brings back the classic two-dimensional Sonic gameplay and the ability to collect Chaos Emeralds to transform into Super Sonic. In Sonic Origins, Sega has updated and combined four classic games for Sega Genesis and Megadrive: Sonic the Hedgehog 1, Sonic 2, Sonic 3 & Knuckles and Sonic CD. In addition to including classic content such as Chaos Emeralds, and games Sonic Origins with friends in local co-op mode, players can also experience completely redesigned games in the new Anniversary mode.

There are six Chaos Emeralds in the original Sonic 1, and when they are collected, players get the best ending to completely defeat Dr. Robotnik. The Seven Chaos Emeralds can be found in special stages in both Sonic 2 and Sonic 3 & Knuckles, two of the four games in the packed Sonic Origins title. To find them, players need to access special stages; for Sonic 2, this happens if players have at least 50 rings when they pass the star post, which opens the Star Circle portal to a special stage. In Sonic 3 & Knuckles, players must find giant rings hidden in levels and jump over them, and no rings are required to access them. Successfully completing all the special stages in both games is the only way to collect Sonic’s Chaos Emeralds, the most powerful items in the Sonic franchise.

To find the Chaos Emeralds, players need to complete special stages in all games from the Sonic Origins kit. There are only six Chaos Emeralds in the original Sonic the Hedgehog 1. To access the special stages, complete each regular stage with at least 50 rings. A giant ring will appear at the end of the level; jump through it to go to the level of the rotating maze. The Chaos Emerald will be in the center of the maze.

As soon as players find a special stage in Sonic 2, they will be moved to a level similar to the halfpipe. Special stages are a bit easier in a local co-op, as both Sonic and Tails can work together. Unlike the two-dimensional side-scrolling gameplay of the main levels, the special stages attempt to offer a more three-dimensional perspective as Sonic goes through the halfpipe. Sonic can run from side to side, collecting rings and avoiding traps and obstacles. If Sonic runs off the edge of the halfpipe, he jumps to the other side. Rings will appear in long rows along the halfpipe, and players must collect as many as possible before the end of the level. There are also bombs; if players hit a bomb, they will lose ten coins. The special stages become increasingly difficult throughout the game, but if players can complete all three sections of each special stage, they will receive the Chaos Emerald.

As soon as players jump over the Giant Ring hidden in the stages of Sonic 3 & Knuckles, they will be transported into the three-dimensional spherical world of Sonic, which looks like a chessboard. There are blue spheres and red spheres; players need to collect all the blue ones without touching the red ones. These special stages are more like puzzles than the dexterity stages in Sonic 2. Sometimes blue spheres form a square; if players collect all the outer blue spheres, the inner ones will turn into gold rings, which players can collect as a bonus. If players manage to collect all the blue spheres on the special stage, they will receive the Chaos Emerald. Complete all seven special stages to get all the Chaos Emeralds in Sonic 3 & Knuckles.

As in Sonic 1, to access special stages in Sonic, CD players must have at least 50 rings by the end of the level. Jump into the classic Sonic Giant Ring that appears, and players will be transported to a square board in a three-dimensional style. There are six UFOs in each stage, and Sonic has 100 seconds to defeat them all. The characters will be constantly running around this arena, so guide them along the board and make a spin jump to destroy UFOs.