Home Entertainment How to Get Black Belt Armor and Defender Weapons in Monster Hunter... 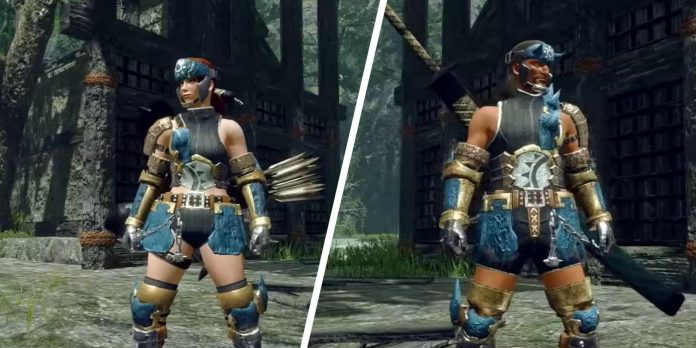 Similar to the Defender Alpha armor and armament introduced during the release of Monster Hunter World: Iceborne, Monster Hunter Rise: Sunbreak provides beginners with free special equipment called Black Belt Armor, Black Belt Armor S and Defender weapons. These gear sets are designed to allow novice Hunters to pass through the ranks needed to access new Sunbreak content and more. In other words, the equipment serves as a “manual level-up”, providing newcomers to Monster Hunter Rise or those starting a new profile with a means of accelerated progress to the final game.

Of course, not every fan will agree with the idea of easily going through past content with powerful gear. However, the presence of black belt armor and defender armaments is a great opportunity for additional support for those who are only interested in late-game content or newcomers to the series fighting the monstrous beasts of Monster Hunter Rise.

To unlock the Black Belt Armor set, Black Belt S armor set, and Defender weapon in Monster Hunter Rise: Sunbreak, hunters must enter Kamura Village and talk to a paliko named Senri the Mailman. Also known as the Courier, Senri sits on a small box on the left side of the stairs near the center of the village. Players will recognize this NPC in Monster Hunter Rise: Sunbreak by the square band.

To get free items, talk to Senri to open a list of dialog options. Scroll down to “Additional Content” and open the tab. Find the three highlighted items among the huge list of products that you can get rights to and products related to events:

Both sets of Black Belt armor come with complete collections or equipment, and all fourteen types of weapons are included in the Defender Weapon set. The Defender’s weapon also has its own forge and an upgrade tree, which can be viewed in the forge shop. From a technical point of view, the black belt armor set is designed to pass low-level missions quickly, and the black belt S is designed to pass more complex high-level content in Monster Hunter Rise. However, since there are no prerequisites for using any of the armor sets, players can easily equip the excellent Black Belt S set from the very beginning of the game.

In addition, the cost of forging and upgrading for the Defender’s weapon is noticeably lower and easier to obtain compared to the rest of the old weapons.