Home Entertainment How to get around the Basilisk bug in KOTOR 2 on Nintendo... 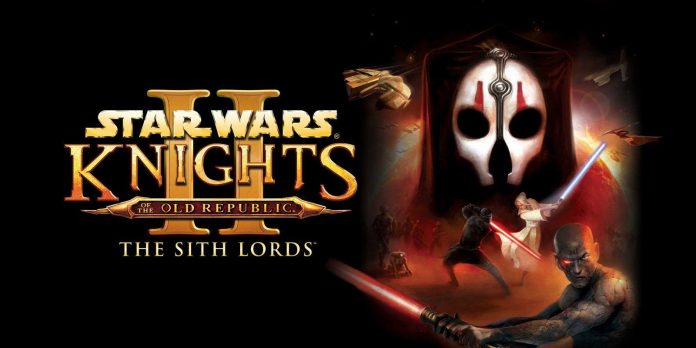 Knights of the Old Republic II, originally developed by Obsidian Entertainment, takes place approximately 4,000 years before the events of the Skywalker saga described in the original trilogy, prequel and sequel to Star Wars. Players take on the role of a customizable character known as the Jedi Exile, who embarks on a journey to reconnect with the Force and confront the Sith, who are on the verge of destroying the Jedi Order. KOTOR II was released on Nintendo Switch on June 8 thanks to Aspyr, a video game studio that is currently engaged in a complete remake of KOTOR for PlayStation 5.

No matter how beloved KOTOR II is now, the game was criticized for launching in an unfinished state in 2004 with fan mods designed to fix many of the game’s bugs and restore the cut content. For some returning players, it may seem like history is repeating itself, as the Switch port is limping due to a critical error related to a cut scene in which an exiled Jedi visits the planet Onderon around the middle of the story.

Some players report that when visiting Onderon, a cutscene is triggered, rather ironically named “Basilisk Crash”, which eventually causes KOTOR II to crash. Aspyr is working on a patch for KOTOR II to fix this problem, but until then they have offered players a workaround to bypass the cutscene and continue your passage. This includes warping beyond the point where the game crashes using cheats:

Step One: Click the left analog joystick three times to open the cheats menu. Step two: Select warp. Step Three: Move to OND504 and continue playing, but players should avoid the merchant’s quarter, as this will cause the game to crash.

This is a fairly simple workaround while Aspyr is working on a permanent fix for this problem, and hopefully with this workaround, players who couldn’t get past the glitch will now be able to get past KOTOR II. The KOTOR series is apparently so popular with fans that, according to insiders, an unknown developer is working on KOTOR sequels, and it’s a pity that this bug affected the first impressions of some new players. Aspyr has not yet announced a release date for the next patch, but players can follow their workaround article for updates on any future fixes.