Home Entertainment How to Get a Crowmon in Digimon Survive 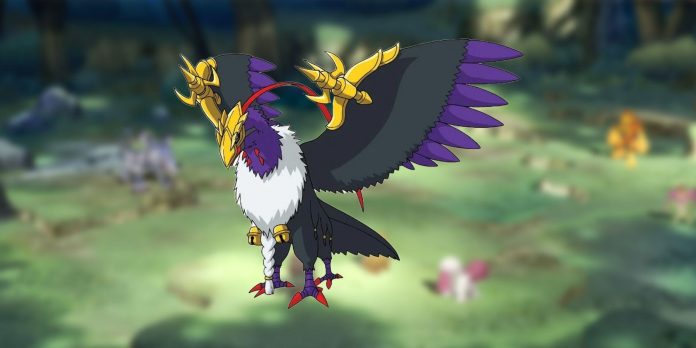 Crowmon is considered an absolute digimon that players can make friends with in Digimon Survive. Digimon Survive is the newest Japanese role—playing game in the Digimon franchise. The story tells about the eighth-grader Takuma Momozuka and his friend Agumon, who explore an alternate world filled with fighting digimons. Throughout the game, players can communicate with digimons instead of fighting them, and if they can successfully make friends with digimons, they will join the team.

Link: How to Get Betamon in Digimon Survive

To make friends with Cromon and get him into Digimon Survive, players need to earn at least three points by answering questions that address his controversial side. Unlike Betamon, a peace-loving person, and Gotsumon, the joker Digimon, the best answers of Crowmon contradict the essence of the question.

How to make friends with Cromon in Digimon Survive

Players will meet with Cromon in the “Free Battle” section of Part 6 of Digimon Survive. The Free Battle is located in the area of the Second Island in Part 6. Since Crowmon is considered an Absolute Digimon, he will not be available earlier, but is one of the first Absolute Ones encountered in the game.

As soon as the players find Crowmon, talk to him. At different points in the conversation, players will need to answer questions; there are four possible answers to each question, and they bring a different number of points. The lane above Crowmon must be at least 50% full before players can make friends with him and add him to the list in Digimon Survive, so the best answers to his questions are listed below:

Q: Looking at innocent monsters really makes it easier, doesn’t it? | Response: Not for me, no. Question: How do the clouds in the sky seem to you? | Answer: Makes you think, right? Question: I would like to avoid a pointless battle, if possible. | Response: Then let’s step back. Question: If your friend caused trouble, how would you handle it? | Response: I would protect my friend. Question: Is it a crime to want to be in silence for yourself? | Response: I prefer fun. Question: Sometimes you need to act on emotions, not logic, right? | Answer: Efficiency is the key to success. Question: What would you do if someone told you that an idea you believed in was wrong? | Answer: Get annoyed.

A unique Minecraft player build is a real roller coaster

Minions: Rise Of Gru reviews Are Ready, Here’s What Critics Are...