Home Entertainment How to fix tracker in Stray 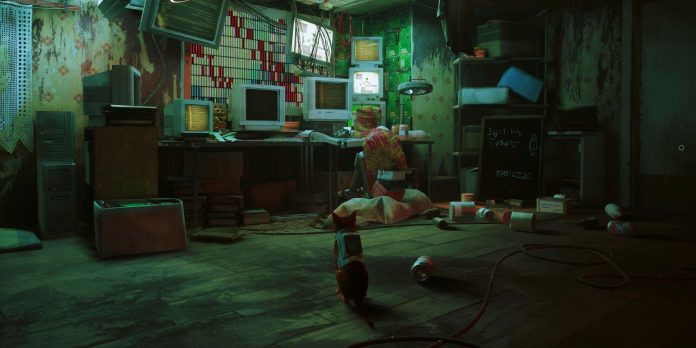 One of the main quests in Stray challenges the player to fix a broken tracker to help NPC Seamus track down his long-lost father, Doc. Although it may seem like a quick fix at first, repairing a broken tracker is a difficult quest that requires the player to travel through the slums, collecting and exchanging items with other non—player characters. Fortunately for most players, Stray does a great job of increasing the difficulty of its many puzzles, from the Stray Chapter Three computer room puzzle to more challenging puzzles in later chapters. However, solving puzzles in Stray, including the Broken Tracker quest, can sometimes be a bit difficult to understand.

After another meeting with the helpful NPC Momo in Stray Chapter Six, he asks the player to talk to Seamus, the son of his missing friend Doc. While Doc has been missing for years, the player is able to discover a secret lab in Doc’s apartment containing a broken tracker, convincing Seamus to help them track down his father. The catch is that only Elliot from Elliot Programming can fix the tracker, and he’s too cold to work.

Related: How to Find a Paper Bag in Stray

Some may have already met Elliot when he searches the slums for Tramp B12 Memory collectibles, but he will have nothing to say until the player approaches him and shows him the broken tracker. He needs a cloth to keep warm, and the player needs to figure out where to get it.

Fixing a broken tracker in Stray

This is a good test of the player’s knowledge of the terrain. Turning right after exiting Elliot Programming’s front door, the player will stumble upon Grandma’s clothes, one of the thriving local businesses. Grandma will suggest knitting a poncho for the kitten player, which is perfect for keeping Elliot warm. But first she needs an electric cable for knitting. The Azusa merchant in the market at the bottom of the stairs to the right of the Guardian has a cable for trading, but he will only take Super Spirit detergent for it. Unfortunately, it is not so easy to find some detergent in the busy city of Straya, decorated in the style of cyberpunk.

How to find Super Spirit Detergent in Stray

To get the Super Spirit detergent, the player must return to the neon sign bar where he previously met Momo and climb onto the roofs. From here, they should be able to spot two robots throwing paint cans at each other through the roofs. The player must interact with a jug from a can of paint, forcing the cat to sit at the robot’s feet. A meow prompt will appear, and the player needs to correctly calculate the time of his meow so that it distracts the robot, as a result of which a can of paint fell onto the street below. The mess will annoy the laundry owner downstairs. This is a pretty funny depiction of cats causing havoc, just as real cats could have done, which inspired the feline protagonist Tramp. Down on the street, the player will find that the laundry owner is distracted by cleaning, so the player can sneak inside and grab the Super Spirit detergent on the table to his left when they enter.

How to find an electric cable in a tramp

Once the player has the detergent, everything will be simple: go back to Azooz on the market to exchange it for an electric cable.

How to get a poncho for Elliot

After exchanging the detergent from Azusa for an electric cable, go back to Grandma so that she ties the cable with a poncho, and then return to Elliot with a poncho in his hand (paw?). Ask him to try it on and Elliot will really like it, which will encourage him to fix the player’s broken tracker.