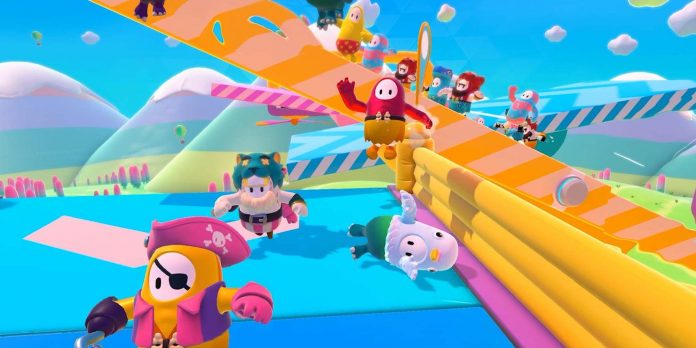 The “Failed to log in” error has become a common problem for many Fall Guys: Ultimate Knockout players, but there are several ways to solve this problem manually. As with the first launch of the game, the latest update, which made the game free on all platforms, causes a lot of errors that do not allow players to download the game or find a match. The developers have recognized the problem and are currently working on a permanent fix.

The first time the game was launched, there were a lot of bugs that needed to be fixed, and the latest update is causing similar problems. Server traffic has increased due to the free Epic Games update for all Fall Guys, and errors are occurring because too many players are trying to start matches or download the game at the same time. Fortunately, there are some workarounds that players can try to fix the “Failed to log in” error until it is fixed permanently.

Link: Fall Guys: How to Get a Free Twitch Don Bundle

Fixing the “Failed to log in” error may need several times before players can start a match without encountering this problem. For those who are still having problems, there is a public tracker for Fall Guys, which displays known issues, issues that are being worked on, and which bugs have already been fixed. Since the official Twitter account has publicly acknowledged this issue, we hope it will be fixed soon.

Fixes for the “Failed to log in” error in Fall Guys

Before trying to manually fix the “Failed to log in” error in Fall Guys, players should check whether the servers are really down through any official social media pages or Downdetector. If the servers are not disabled, players can check their Internet connection and, if necessary, restart the modem or contact their service provider. Players who are still facing the same bug can try a few manual fixes on their console or PC to gain access to the game.

Logging out and restarting the console or PC you are using may resolve the “Failed to log in” error, or players may try to close and restart the game. Uninstalling and reinstalling the game can also solve the problem, and since it only takes about 2 GB, it won’t take much time. The last fix to try is to contact support. Unfortunately, until there is a permanent fix for the “Failed to log in” error in Fall Guys, these are the only available solutions to the problem.

7 Things to Know About Sports Illustrated’s Natalie Noel: From Her...