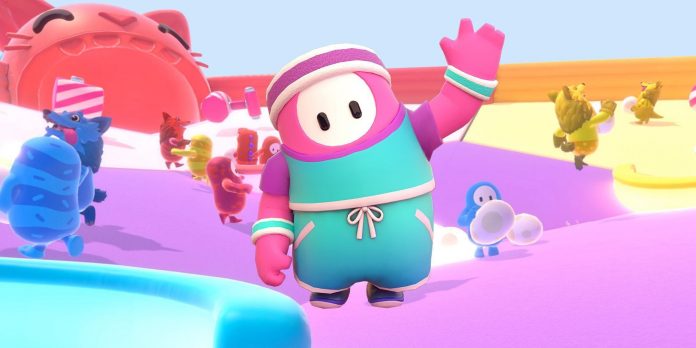 The release of Full Guys: Ultimate Knockout as a free game on all major platforms causes some bugs, including a pop-up message “Authentication Error”, but there are several different fixes that can be tried to solve the problem. New and returning players encounter the “Authentication Error” error when trying to download a game or find a match. Until the developers fix this problem, players will have to try to fix the error manually so that they can start playing and join online matches.

The “Authentication Error” error occurs because too many players are trying to access the servers at the same time. Epic Games’ free-for-all Fall Guys update allows gamers on all platforms to download and play the game for free, but there is a surge in traffic on the servers, and players are constantly facing several different problems. The developers are currently working on solving these problems, including the “Authentication Error” error, but until there is a fix, you can try to fix it manually.

Link: How to Play Fall Guys on Mac

For players who need the latest updates on when the authentication bug will be fixed, there is a public tracker for all known Fall Guys bugs. The tracker displays known issues, issues under investigation, pending fixes, and bugs that have already been fixed. The “Authentication Error” error has been confirmed on the official Twitter account of the game, so we hope that a patch will be released soon to fix this problem.

Fixes for the “Authentication Error” error in Fall Guys

To fix the “Authentication Error” error in Fall Guys, players need to restart the game or device manually or reinstall the free game completely. Before proceeding with any manual fixes causing delays, players should check their internet connection and resolve any issues with the router or service provider. If there are no connection problems, players can try to close the game completely and restart it. In addition, players can try to restart their console or PC and try to download the game again.

If none of these fixes work, the last way is to uninstall and reinstall Fall Guys. Fortunately, the file size is about 2 GB, so downloading the game should be fast if the players have a decent internet connection. Ultimately, the only permanent fix for the “Authentication Error” bug should come from the developers of Fall Guys: Ultimate Knockout, but attempting a manual fix may help players still access the game until an update is released.