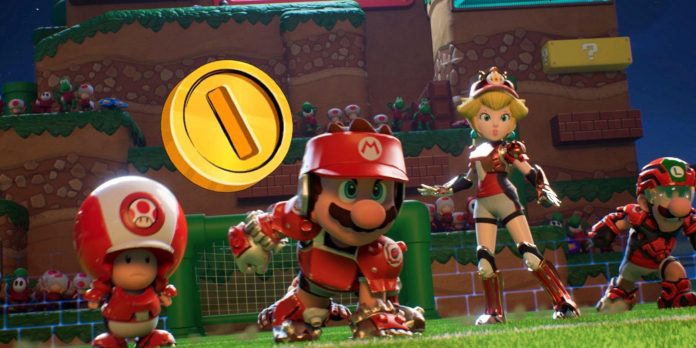 Coins are the currency used to unlock the best gear in Mario Strikers: Battle League, and there are several effective ways to get them. Any activity will earn players coins, but some rewards are much more. In addition, coins will not be issued if players lose an online match without being in the club, so focusing only on playing Quick Battles will bring coins slowly and ineffectively.

Earning coins will allow players to purchase better equipment that improves their characters and helps them win matches more easily. Currently, six sets of equipment can be obtained, but the Bushido armor is locked until all Cup fights are completed at the normal difficulty level. In addition to the bushido equipment set, each piece of armor in the other five sets is worth 100 coins. Equipment is purchased separately for each character, so players will need to accumulate a lot of coins to unlock everything in Mario Strikers: Battle League.

Instead of trying to win quick battles or fast online battles for 10 or 20 coins, players can optimize their income by performing other actions. Some coin cultivation methods award a large amount of money for completing a task for the first time, and then a smaller amount for subsequent winnings. Using the fastest ways to earn coins in Mario Strikers: Battle League will allow players to buy a lot of equipment in advance so that they can easily win matches against AI opponents — other players.

Learning can be tedious, especially in games like Mario Strikers: Battle League, where most of the controls are intuitive. However, completing the training is an easy way to get 800 coins right from the start. Since most of the equipment costs only 100 coins, players can get a quick start by completing the training. Similarly, players can get 400 coins for the first visit to the equipment store. Like some other bountiful rewards, coins for training and visiting the store are one-time prizes.

Cup battles are the best way to earn coins because every match won earns 400 coins the first time and 50 coins after that. For completing the cup battle in normal mode for the first time, you will receive an additional 500 coins and unlock a set of equipment for bushido. This is the only set of gear that needs to be unlocked at the moment, but more will probably be added in future updates. Each piece of armor in the Bushido equipment set costs 300 coins. Fortunately, completing all cup battles in normal mode will give players more than enough coins to buy a full set of bushido gear for one of their characters.

After all the cup battles are won in normal mode, the Galaxy difficulty will be unlocked. As with the normal difficulty level, Galactic awards a large number of coins for each completed cup battle, and players will receive a bonus after winning all battles. Each successfully completed battle for the cup will give players 1000 coins for the first victory, so completing all the battles is the fastest way to accumulate a huge amount of money. Players can also earn 100 coins for subsequent wins on galactic difficulty. To win these difficult matches, you will need a decent strategy, a strong team and the use of all available moves, such as free passage in Mario Strikers: Battle League. Cup battles on galactic difficulty are challenging, but they also earn the most coins for any action.