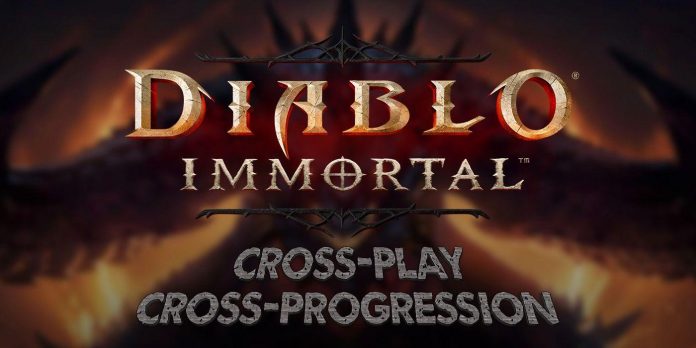 With Diablo Immortal, Blizzard Entertainment’s devilish dungeon series is coming to mobile platforms as well as PC, with support for cross-play and cross-progress between all these platforms. Players can now join their friends on other platforms and embark on a brand new adventure in the Diablo universe. Blizzard managed to surprise fans with the early release of Diablo Immortal on some platforms, and now the game is officially released on iOS and Android, and the beta version is also available for Windows.

Diablo Immortal was first announced at BlizzCon 2018 and was widely publicized. Viewers openly expressed their dissatisfaction with the fact that Blizzard is working on a Diablo game only for mobile devices, and not on Diablo IV. At that time, Diablo Immortal was received coldly by the Diablo community, which reduced the hype around the game. However, the game developers at Blizzard seem to have taken at least some of the community’s criticisms to heart and adjusted the development accordingly. The closed alpha previews generated positive reviews about the game, and Blizzard announced the PC version of Diablo Immortal back in April, perhaps hoping to win back even more favor from the Diablo community, mainly playing on PC.

By topic: The Real Reason Blizzard Is Moving Diablo Immortal to PC

Diablo Immortal uses Blizzard Service Battle.net , and players need an account Battle.net to use cross-progress and crossplay. The game can be played using a guest account on a mobile device with the ability to back up this account in the cloud. However, Battle.net required for cross-progression and smooth cross-platform play and recommended for most players.

PC players should already link their accounts, as they need to log into the launcher Battle.net to download and launch Diablo Immortal. Mobile players will have to log in to their accounts Battle.net , but fortunately, the process of linking accounts Battle.net players on mobile devices is simple. The PC version and the mobile version of Diablo Immortal seem identical, making it easier for players to explore dungeons on PC and then pick up where they left off on their phones.

Step One: Launch Diablo Immortal. Step Two: Tap the “Guest” field in the upper left corner of the screen. Step three: A new window should open. click “log in”. The login page opens Battle.net . Step four. Players can log in to their accounts Battle.net . Players who do not have accounts Battle.net , can also create new accounts on this screen. Step five. After the player logs in, the login page should close and the player will return to the game. Their account name should be visible in the box in the upper left corner.

Then players can start playing, complete the campaign and quickly increase the rating of the Diablo Immortal battle pass. Player’s Friends list Battle.net You can find Diablo Immortal in the game menu, although groups are available only after the player completes the first training task. Players can team up with friends by sending invitations to groups, although they can only join groups with players on the same server, regardless of the platform. As such, it is highly recommended that players double check if they are creating their characters on the same servers as their friends before jumping into Diablo Immortal.

The developers of Sonic Frontiers talked about the mechanics of combat...