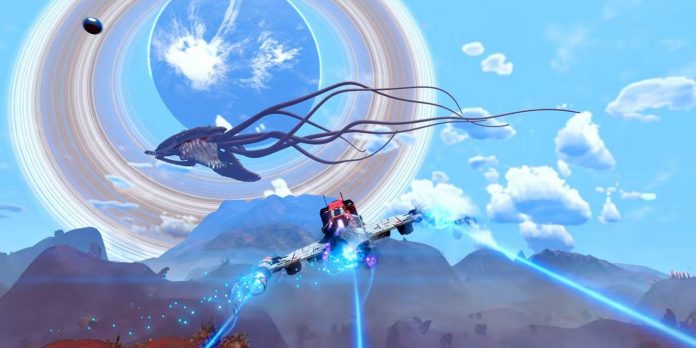 The Leviathan Expedition in No Man’s Sky gives players many opportunities to collect units to the point that they can collect more than 1 million units during their adventures. When players first start going through the Leviathan expedition, they won’t find many resources that can be exchanged for many units. However, as the iterations of the Leviathan expedition progress, players will be able to find more and more valuable items. The further the players go on the expedition, the easier it will be to collect 1 million units.

The first and second iterations of No Man’s Sky Leviathan Expedition will not allow players to stack many units. However, in the second version of the Leviathan expedition, players receive a Minotaur. The Minotaur is a machine in the update of No Man’s Sky Leviathan Expedition, which may not be a space whale, but it is certainly useful and interesting to use. Minotaur allows players to gain protection from the elements on dangerous planets by jumping long distances using rocket boosters.

The Minotaur is needed to find the most valuable resources in the Leviathan expedition. Once players reach the third iteration and gain access to the Minotaur, they will be able to obtain resources that would otherwise be unavailable. As a rule, resources on more inhospitable planets in No Man’s Sky Leviathan Expedition are worth more because of their rarity. In particular, there are two resources that can only be found on dangerous planets: storm crystals and Gravatino balls.

Getting 1 Million Units in No Man’s Sky Leviathan Expedition

Players can use the Minotaur to explore planets with extreme weather without risking death from the elements. Extreme weather on these planets is not explicitly shown, but they can be identified by the abundance of activated metals such as activated copper. When descriptions of planets sound threatening, for example, “scalding hot”, this is a good sign that there will be extreme weather conditions on the planet. When players finally find a similar planet, they will immediately need to jump on the Minotaur so that it does not die too quickly.

Players will be able to find Gravatino balls in groups on the ground on planets with extreme weather conditions. Gravatino balls glow with a bright white light and vary in size, so they are quite easy to detect. While the players are trying to find the Gravatino balls, they should keep an eye on the storm warning. As soon as the storm warning sounds, players must make sure they are in the Minotaur and start flying in search of storm crystals. Storm crystals are green glowing crystals that appear from underground only during a storm. Storm Crystals can be sold for about 130,000 units each, and Gravatino Balls can be sold for about 200,000 units each in the immersive No Man’s Sky universe. Sell a little of each resource to quickly collect 1 million units in No Man’s Sky Leviathan Expedition.