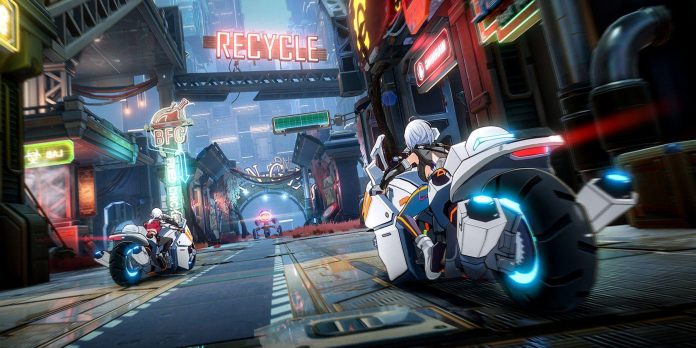 Tower of Fantasy gives players the opportunity to create characters, gather with friends and explore an alien world known as Aida. However, before a fan can do any of this, they must first download Tower of Fantasy. Fortunately, this is quite easy to do, provided that the player knows exactly where he can find this free MMORPG.

Players who want to play Tower of Fantasy on their PCs should go to the official website of the game. As soon as this site loads, fans will see a list of platforms on which the game is available, and they just need to click “Windows” to download the mini-loader. For complete clarity, the image of the home page of the official website can be found below, and the above list is circled.

After downloading the mini-loader, players should click the yellow “Install” button. Fans of sci-fi games should click the “Play” button and register an account with Tower of Fantasy, if they have not already done so. It is noteworthy that the date of birth that players must enter during this process must be in the day-month-year format, which may seem unusual for those fans who register from the United States.

After registering and passing a brief check, players must click the yellow “Download” button to install the full version of the game. At the time of writing, this installation will require just over 22 GB of space, and this requirement is likely to increase as Tower of Fantasy expands due to post-launch updates.

Note that Tower of Fantasy will be available for download by players on PC via Epic Games Store and Steam. However, the game will appear on these platforms only in the fourth quarter of 2022, so fans who want to switch to Aida shortly before the launch will have to put up with installing a separate launcher.

Players who want to play Tower of Fantasy on their Android and iOS devices can download the game from Google Play and the App Store. Although there are links to these storefronts on the game’s official website, fans of mobile games are free to go directly to them if they want to. These players should just make sure they have enough space on these devices to install an app that weighs just under 4 GB.

After the accident, the reported details about Ann Heche’s toxicology report...