Home Entertainment How to defeat Rayquaza in Pokémon GO 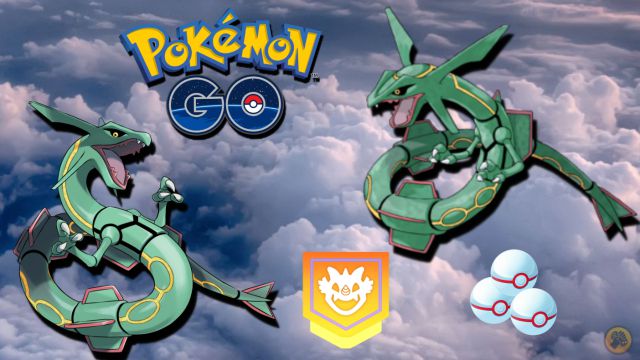 The legendary who starred in Pokémon Emerald returns during the Weather Week event. How to beat Rayquaza in raids.

Rayquaza is back in Pokémon GO for only a few days. The Pokémon Sky, which starred in the remembered Pokémon Emerald, temporarily returns to level 5 raids on the occasion of the Meteorological Week event, which we will talk about in depth in this article and we will tell you all the missions and rewards of its tasks of research here. Let’s review how to defeat him in raids and who are the best opponents of him.

The appearance of Rayquaza in the level five raids in Pokémon GO begins this Saturday, March 27, 2021 at 10:00 local time and will leave on Sunday, March 28, 2021 at 20:00 local time. It will coincide, by the way, with Thundurus Totem Form (whose raid guide can be found here).

It will not be just any Rayquaza, by the way, but it can learn Gale if we capture it during the period that this Meteorological Week event includes. This is a flying-type move with base damage of 110 and 40.7 DPS, so it’s very interesting; effective against Fighting, Bug, and Grass-type Pokémon.

Rayquaza is one of the most powerful Pokémon in Pokémon GO. With no less than 49,808 CP in the raid, it has statistics of 284 ATK, 170 DEF and a resistance of 213. Its incursion is not very difficult, however, as it is a Dragon / Flying type Pokémon, which sharpens its weakness to Ice x4. In this way, we will attack with Ice, a lot of Ice. We must be careful with the use of Dragons, since their Anger movement can leave us completely knocked out.