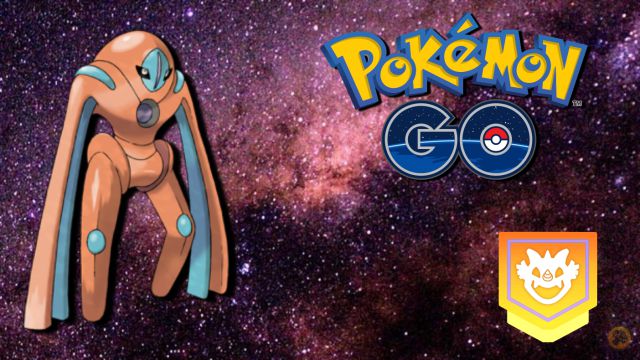 The Singular Pokémon of the Hoenn region is temporarily returning to five-star raids. These are your best opponents. Pokémon GO begins the month of July 2021 loaded with activities, events and rotations; including rare and legendary raid bosses. As we already reviewed in this article, creatures like Mewtwo return to the raids of the iOS and Android game temporarily, and one of the great protagonists is the Defense Form of Deoxys, whom we can challenge in the five-star raids only for a few days. Let’s know all the details of this very particular Pokémon and what are its best opponents to defeat it.

Deoxys Defense Form will be available in Pokémon GO’s five-star raids from July 1 at 8:00 p.m. until next July 16 at 10:00 a.m. local time. This creature, a mutation of a space virus, can change shape depending on the circumstances, significantly altering its characteristics. In this case, the Defense Form of Deoxys (Psychic) ​​does not have the possibility of appearing in shiny form; It has base stats of 144 ATK, 330 DEF, and just 137 speed.

We need Pokémon of the Ghost, Sinister or Bug type to defeat it, since they are its prefective weaknesses before its elemental type. In the raid, which we recommend going with at least 7 people (it has a lot of defense, it is really complicated with 5 or 6 people), we will find it with 36,170 points. You will quickly see that they take time to lower their health points. At the offensive level it is not very fearsome, it does not have very powerful attacks; although we must be careful with Lightning if we carry Flying-type creatures. This is the team we recommend to defeat Deoxys Defense Form in Pokémon GO raids.