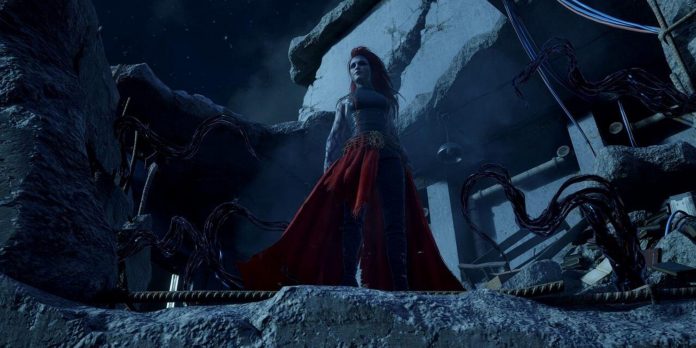 Commander Ereshkigal is a much more difficult boss in Outriders Worldslayer than the previous ones that players had to fight before reaching the end, such as the mini—melee bosses Fisherman and Executioner. She has powerful AoE attacks and flying attacks that can kill players in just a few hits, so it’s important to know how to defeat her to finish the expansion storyline.

The best way to deal with Commander Ereshkigal is to attack from a distance, have a weapon with powerful damage and skillfully dodge. Although this is a difficult fight, players will be able to do it more effectively if they play together. However, no matter how many people are in the squad in Outriders Worldslayer, when players encounter her, she can be defeated by applying certain skills and practice.

How to Defeat Commander Ereshkigal in Outriders Worldslayer

One of Commander Ereshkigal’s main attacks in Outriders Worldslayer is to fly through the air and shoot exploding red skulls into the ground. Players cannot harm Ereshkigal when she is flying as her tentacles form a barrier around her, so focus on running and dodging. Players can perform evasion by double-tapping WASD. She will also fly across the battlefield in a straight line, indicated by the red lines that appear, so try to stay away from the center of the arena when this happens. Her tentacles have a long range, so players need to constantly retreat from her to attack from a distance.

Since the Ereskigal can only be damaged on the ground, players need to use the powerful Outriders Worldslayer weapon and focus on critical head shots. Do not get too close to its tentacles, as they will cause damage to players. Ereshkigal is weakest between attacks, where she has a vulnerable period, so players should be ready to attack at these moments. She will summon soldiers to try to surround the players, but they are relatively easy to kill, so kill them as quickly as possible and focus on Ereshkigal. Her final stage comes when her health is very low; she teleports to the main character to attack. This will be notified by a red circle, so try to get out of the circle in time before Ereshkigal appears. Shoot when it materializes, and after a few more hits, players will defeat Commander Ereshkigal, the main antagonist of Outriders Worldslayer.

Since she is the main boss of the Outriders Worldslayer story supplement, after defeating Ereshkigal, loot will drop out. Players will receive a Pax Point, one of the 5 offered in the game. In addition, players will receive random equipment, an Ascension point, and the opportunity to participate in endgame content such as the Tarja Gratar Challenge.