Home Tech How to connect PS5 controller to an iPhone with iOS 14.5 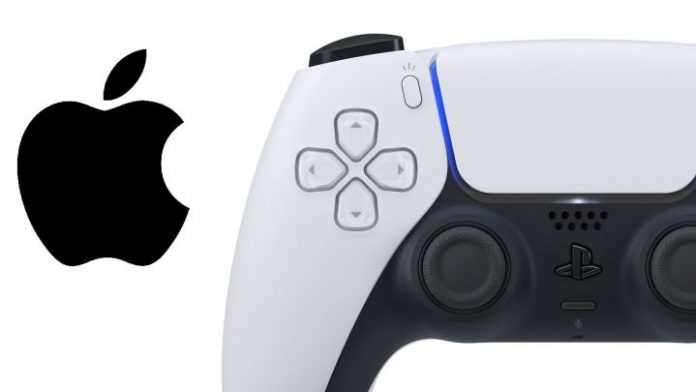 In the last two decades since the appearance of the mythical Nokia Snake, the power of smartphones and their multitasking abilities have grown so much that today playing on mobile is something that is taken for granted. But not only experiences suitable for casual gamers or ‘non-gamers’, but AAA games, multis, shooters, etc. From Among Us to Fortnite to Call of Duty, including Bioshock, GTA, the Final Fantasy trilogy from PSone, PUBG, FIFA, PES, Telltale or Star Wars KOTOR.

But let’s face it: playing using touch controls to an experience designed for consoles / physical control with a pad can be frustrating. And no matter how well the interface is tuned, it is not the same as having a real joystick in your hands. If you have an iPhone and you own a PlayStation 5, read on to find out how to connect the Dualsense to your mobile.

The next major update for users of Apple iPhones and iPads is called iOS 14.5. And among its functions includes being able to unlock the iPhone wearing a mask and official support to connect a PS5 and Xbox Series X pad. At the moment, the update has not been launched by Apple, but those of Cupertino did launch a beta of yesterday. iOS 14.5 for developers and users enrolled in Apple’s public beta program.

Here we tell you in this link how to sign up for the beta program to install it, and for those who have it, or when iOS 14.5 comes out, here we tell you how you can connect the Dualsense to the iPhone

How to connect a DualSense from PS5 to iPhone

When you have the iPhone or iPad with iOS 14.5 (or its beta), go to Settings
Click on the Bluetooth section, activate it if it is off
Grab the PS5 DualSense and hold down the PS button and the Share button (the one at the top left of the central touchpad) at the same time until the controller light starts to flash
With this, the controller has been put into Pair mode. Go back to the iPhone or iPad and look in the list of Bluetooth devices: the DualSense should appear at the end of the list.
Click on it to pair it with the mobile / tablet.

With this, you will already have the PS5 DualSense connected to your mobile, and you can use it in games such as Apple Arcade, or in Call of Duty Mobile or PUBG, which are certainly more precisely controlled with a physical pad. Of course, the button mapping in each game is different, and it is up to the developers.

One of the best things that iOS 14.5 brings with this is that, being official support, the Share button on the DualSense works the same as on the console. If you press it once you will take a screenshot of what you are playing on your mobile, and if you press it twice you will start capturing on video.

NASA Collects Second Soil Sample From Mars in a Week