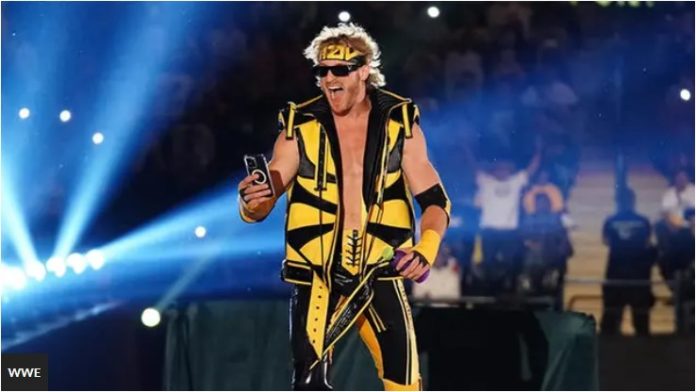 The very first WWE Logan Paul action figure has just been announced. Here is everything you need to know about this product, including when and how you can pre-order it.

Logan Paul’s work in WWE has already won great respect for the content creator, his performances at major PPVs such as Summerslam and Crown Jewel have received positive reviews from both fans and critics.

Back in September, Logan Paul teased that he was teaming up with Mattel to work on a WWE action figure. Since then, no other news or events have been reported so far. Now that the action figure is officially unveiled and will be available for purchase soon, here’s everything you need to know about how to get a Logan Paul action figure from WWE.

How to Pre-order a WWE Logan Paul Action Figure

The Logan Paul WWE action figure from Mattel will be available for pre-order from November 25, 9:00 am Pacific Time. To purchase it, just go to Mattel’s website, where the item is currently listed at $45.

However, it is worth noting that those who order the figure will have to wait a very long time. According to the list, fans should not expect the item to be shipped until October 2023.

What does a WWE Logan Paul action figure look like?

On the figure, Paul is wearing his WrestleMania 38 gear, the black and yellow color palette is now the main element of his ring and exit outfit. In addition to the basics, the Logan Paul figurine also includes several additional attachments that can be removed and put on at your discretion.

Height approximately 6 inches
Includes extra heads, replaceable arms, and authentic entry gear, including branded black sunglasses.
TrueFX Face Detailing
More than 30 points of articulation, including the torso with a press, butterfly joints, double joints of the hands and knees, as well as articulated toes.
Premium packaging with design elements of his WrestleMania 38 outfit.

“Creator, entrepreneur, director, professional boxer and wrestler Logan Paul is a lot of things. Now we are happy to introduce him as an Absolute WWE Action Figure! The king of social media flaunts his wild outfit from the WrestleMania 38 match and even comes with a collectible strap. Also included are extra heads, interchangeable arms, and authentic entry accessories such as his signature black sunglasses. This Logan Paul action figure has True FX detailing and over 30 points of articulation for WWE moves and any other crazy tricks this icon does to live on the edge.”

We will definitely keep you posted if there are any details about the action figure or any other potential WWE Logan Paul merchandise as soon as it is announced.