Home Entertainment How To Build And Use Redstone Repeaters In Minecraft 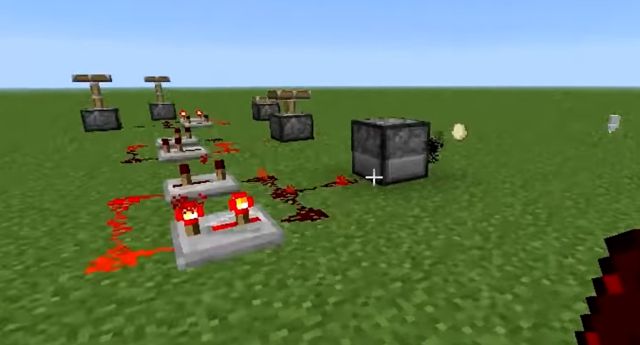 Minecraft: We tell you how you can build Redstone repeaters in Minecraft, their main functions and the ways to use them effectively in the game. Redstone is one of the most useful materials in Minecraft, since it allows us to create interactive circuits and systems with which to elevate the gaming experience to a new level. It is not as easy as building an oven or a bed, so in this article, which is part of our complete guide to the Mojang title, we will tell you how you can create redstone repeaters in Minecraft, in addition to making their main functions and utilities clear.

How to build redstone repeaters

To start building these repeaters we will need to have redstone in our inventory. It is a red colored stone that can be extracted from mineral betas found in mines and deep caves. In addition, we will also need to create redstone torches (they are created like the normal ones but instead of coal we put redstone on top of the stick) and have three stones (the simplest, of course). You can see the final disposition in the attached image below.

What are redstone repeaters for?

As for their usefulness, they serve both as repeaters and as diodes and retarders of the redstone signal, since it only has the ability to travel up to 16 blocks without the need for a signal extender. Of course, it is worth mentioning that signals can only be accepted from three directions on each side and from the rear. They also offer the ability to delay the signal at up to 4 different speeds. Since version 1.7 of the game in Java it points and connects to the repeater automatically like any other mechanism.

To understand each other better, the repeater serves as the input current to all these artifacts, blocks, and so on: redstone cables and torches, charged signal blocks, levers, buttons, doors, rails, pressure plates, and another repeater. As for the clock function that allows us to delay the speed of the repeater, we just have to press the right button of the mouse on the artifact itself to choose one of the 4 possible delay options.